Node.js vs Golang: Which Is Best for Your Project? 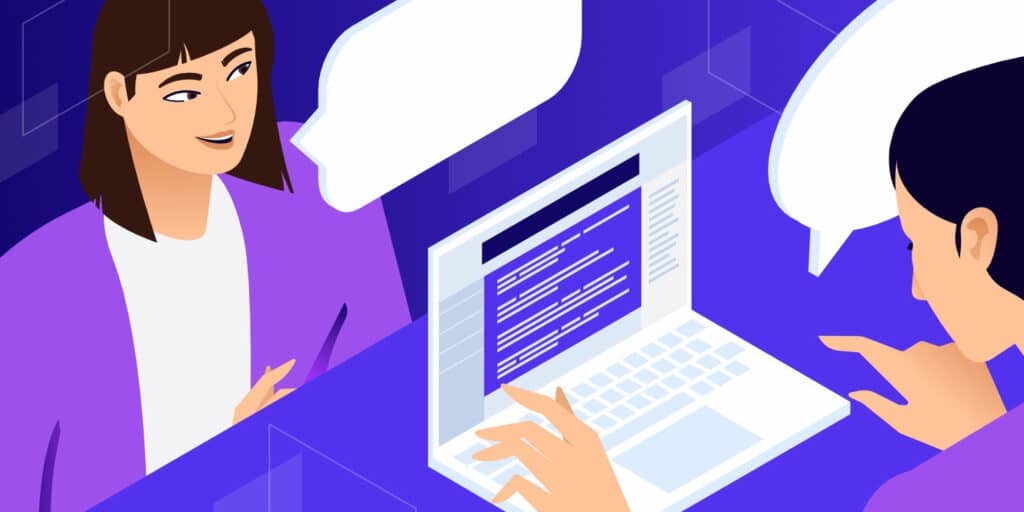 It’s challenging for companies and engineers to choose the perfect tech stack for their next project. Especially for backend development — it’s all about building and scaling APIs, libraries, data management, and less-user-facing code.

This article will compare Node.js vs Golang and help you decide better by outlining the pros and cons of both. We’ll also mention the top companies and apps using them. Lastly, we’ll compare each language based on performance, scalability, error handling, availability of developers, and the average salary for each programming language.

Node.js is an open-source JavaScript engine designed for building complex and straightforward scalable network applications using JavaScript on the server-side. Node.js runs on different platforms such as Windows, Linux, and macOS.

Chrome’s V8 JavaScript engine is the bedrock of Node.js as it parses and runs the JavaScript codes in a Chrome engine behind the scenes. Node.js also provides rich libraries for building and deploying a scalable server-side application.

Initially, Node.js was developed as an engine to execute JavaScript codes. It has evolved over the years, enabling full-stack development of both the frontend and the backend of an application. This feature alone makes Node.js a revolutionary web app programming language.

JavaScript is a prevalent programming language holding the top 7th position according to the Tiobe index (as of writing this). This popularity directly influences the popularity of Node.js, including the benefits and features of the former in the latter.

Node.js has long been the go-to choice for backend development, but Golang has recently emerged as a strong contender in the space 💥 Take a look at both options here ⬇️Click to Tweet

The first release of Golang was in 2009, the same as Node.js. Golang, also known as Go, is an open-source, statistically typed, multi-purpose, cross-platform, compiled, and fast programming language developed by the engineers at Google to solve specific problems by combining the strength and eliminating the weaknesses of other programming languages.

Golang averaged the 13th position of most popular programming languages and was the Programming Language of the Year in 2009 and 2016. The 2019 Stack Overflow Developer Survey shows that Go is the 13th most popular technology overall.

What Is Node.Js Used For?

Node.js poses as an engine for building simple and complex network applications. It scales efficiently with any network-related applications. This JavaScript-based runtime environment helps to create server-side environments as well as networking applications.

Node.js is an excellent choice for creating an actual time application with two-way connections where the server doesn’t wait for an API to return data.

What Is Golang Used For?

Golang is a multi-purpose programming language you can use to create various applications, including highly modular application systems focused on security and speed.

Most importantly, you can use Golang for system programming, large-scale distributed systems, and highly scalable network applications and servers. It also finds use in cloud-based development, web app development, and big data or machine learning applications.

Pros and Cons of Node.Js

Next, we will explore the pros and cons of Node.js to give you a better understanding of the language.

Pros and Cons of Golang

Next, we will explore the pros and cons of Golang to give you a better understanding of Golang.

Below is the list of companies and applications using Node.js actively on their server.

Below is the list of companies and applications using Golang actively on their server:

Comparison of Node.Js vs. Golang

Performance is an integral part of every scalable system, and that’s why developers love Node.js. To illustrate, here are some of the best applications developed using Node.js. In addition to gaining performance through caching, let’s compare Node.js vs. Golang, the former of which processes faster in terms of sheer speed.

Golang developers stress that Go’s performance is the same as C and C++, which is great because Go compiles its codes directly to machine code without any virtual machine to slow down the compilation process.

There is also a built-in garbage collector in Golang that automatically frees up unused memory spaces, increasing available memory for faster processing. This feature also lowers the risk of security vulnerabilities due to memory leakage.

Node.js, on the other hand, uses the fastest JavaScript engine, called V8. The codes in Node.js are reusable, making it a top choice for event-based applications that update data in real-time. This language is also widely used for instant messaging, video chats, and online gaming.

In 2013, Paypal migrated their codebase from Java to Node.js and reported that their pages were served 200ms faster, and the average response time decreased by 35%.

Statically typed Node.js with TypeScript is generally slower than other programming languages. Unlike Go, Node.js cannot offer CPU and memory-bound tasks performance, meaning that the version of Node.js cannot be as specific — it can perform great or terribly depending on the nature of the app.

In this performance comparison, Go surpasses Node.js regarding how fast a programming language should perform and how quickly it should compile and execute instructions.

Google intended to develop a programming language for building heavy and complex enterprise-scale, production-ready applications in terms of scalability. They defined scalability as their top priority, and they did achieve it.

Go uses goroutines, which allows reliable and easy execution of threads and can be performed concurrently in a smooth manner. These goroutines make Go a perfect scalable programming language.

Go can process more than 1,000 requests per second using concurrency. This feature alone makes Go superior to Node.js in terms of scalability and concurrency. It’s also worth noting that Node.js is a single-threaded asynchronous JavaScript engine.

In Node.js single-threaded architecture, CPU-bound tasks sometimes block the event loop and slow down your program. As a result, you get a slow app and annoyed users.

In this comparison, it’s clear that Go surpasses Node.js because it allows concurrency through goroutines, which results in faster processes than Node.js single-threaded architecture.

Sometimes, you can determine the best tool or language by running through different tasks or algorithms and calculating the time, speed, etc., it takes each language to perform.

Below, we’ll look at an example that shows the benchmark task performance of Node.js vs. Go for different computer language methods and algorithms.

From the statistics above, we can observe that Golang takes less time, memory, and CPU load to perform operations than Node.js.

Node.js traditionally handles errors using the try-catch technique of handling exceptions, where errors are caught just when they occur, and developers can debug errors quickly and faster.

Golang separates compile-time and runtime errors differently. This inconsistency causes confusion between developers and has led to a standard process in handling exceptions.

However, Go developers think there will be more improvements on the language with the upcoming Go 2 version, including better error handling, error values, and generics.

For now, though, it’s clear that Node.js surpasses Golang in handling errors and exceptions properly.

Node.js is easier to learn than Golang since it uses JavaScript, popular among developers of all types and the most widely used programming language globally.

In addition, if a developer is not familiar with JavaScript, learning Node.js will be a little more accessible than Golang because of the numerous Node.js courses and contents available on the internet.

Most importantly, Golang is a backend programming language only. Therefore, you need to hire a frontend developer separately.

From the comparison, it’s clear that Node.js has a lower learning curve compared to Golang.

Open-source projects are known for the large numbers of developers contributing daily and the large community backing the projects. Both Node.js and Golang are open source with extensive developer support and communities.

Node.js, on the one hand, is the more mature tool with strong and larger community backings. The Node.js Foundation enables widespread adoption of Node.js; a team of professionals oversees the security and long-term support (LTS) plan for improved stability of Node.js.

Node.js has 80,300 Github Stars and over one billion downloads of Node.js as of the time of writing.

Golang, on the other hand, has a smaller community and keeps growing every day. Google’s support for Go and hosting the GopherCon, which gathers Go developers worldwide to discuss new opportunities and changes annually, offers a reason to migrate to Golang.

Golang has 87,600 Github Stars at the time of writing — even more than Node.js — and a large number of contributors all over the world.

From this comparison, it’s clear that Node.js has more community power than Golang because it’s a JavaScript engine, and JavaScript is more popular.

Everyone will agree that the availability of libraries and tools for every task and project cuts down development time and cost.

Node.js is the king when it comes to the availability of tools for development. There are tools for nearly anything you can think, from performing a straightforward task to completing complex tasks in the JavaScript ecosystem.

NPM alone consists of approximately 800,000 ready-made tools for any particular case, and many others not published yet are nearing viability.

Golang is barely new into the backend development ecosystem, and although they’re great tools for solving specific tasks, there aren’t as many as Node.js.

From our comparison, it’s clear that Node.js has more available development tools than Golang, simply because it’s for both the frontend and backend.

Salary and Availability of Developers

Finding Go developers can be difficult as the language is brand new, but it is among the most promising, with a bright future ahead.

Node.js is already very popular, thanks to its JavaScript ecosystem. It’s much easier to find Node.js developers and experts for different development tasks.

In terms of salaries for each technology, let’s look at Stackoverflow Survey 2020.

Golang pays very high because of the scarcity created as a new and promising programming language:

Golang pays 74,000 USD, which is more than Node.js’ 53,000 USD. And also, Node.js jobs are more available and high in demand than Golang. Node.js is a JavaScript engine, and based on that, the job availability for JavaScript is already high, making Node.js super lucrative.

You can also see the comparison in the United States.

From the comparison, it is clear that Node.js has more available developers and jobs than Golang, but Golang pays more than Node.js.

From the analysis above, it’s challenging to choose which technology is better. We’ve attempted to give you insights into which technology will best fit your project or align appropriately with your company’s culture and processes.

Hopefully, this article has helped you decide between Golang vs Node.js, and you have some direction now!

Which programming language do you prefer to work in? Let us know in the comments below. 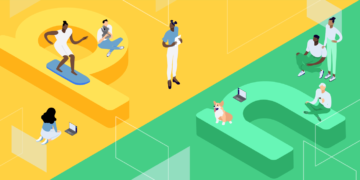 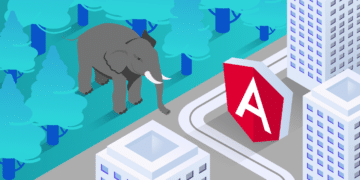 PHP vs Angular: What Should Developers Choose in 2022?

Clear up your confusion about PHP vs Angular with our in-depth comparison of these two distinct, yet related, web development technologies. 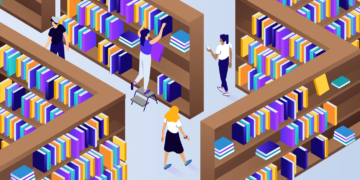 The 40 Best JavaScript Libraries and Frameworks for 2022

Explore our hand-picked list of the best JavaScript libraries and frameworks. You'll also learn their features, benefits, and top use cases.