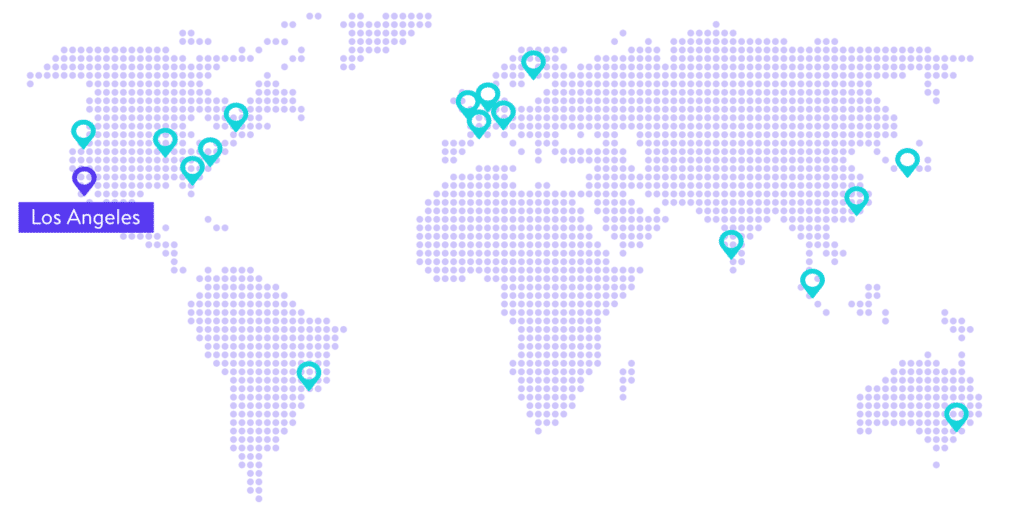 Further increasing Kinsta’s reach on the West Coast, we are excited to announce that the data center in Los Angeles, California (us-west2) is now available for hosting your WordPress sites. 🏄

Last month we added Finland. Kinsta now has 17 Google Cloud data centers you can choose from (this is the fifth in the United States), allowing you to place your website in a geographical location closest to your visitors. This ensures better data privacy, low latency, and blazing fast load times.

According to Internet World Stats, California alone has over 1.9 million internet users.

Los Angeles is a global hub for fashion, music, entertainment, aerospace, and more — and technology is essential to strengthening our status as a center of invention and creativity. Bringing Google Cloud to L.A. puts the full power of 21st century innovation in the hands of small businesses and startups, giving entrepreneurs the tools to disrupt industries, pursue new ideas, and potentially redefine the way we work, communicate, and live. — Eric Garcetti, Los Angeles Mayor, City of Los Angeles

Google has stated that this new region can significantly improve latency for end users in Southern California, and by up to 80% across Northern California and the Southwest. Previously the closest available data center was in Oregon. But don’t take our word for it, you can use GCP Ping to see for yourself how fast the Los Angeles region is from your location.

And don’t forget, the Kinsta CDN also has a location in Los Angeles, as well as two others on the West Coast.

This new location is now available from within the MyKinsta dashboard when you go to add a site: Los Angeles (US West 2).