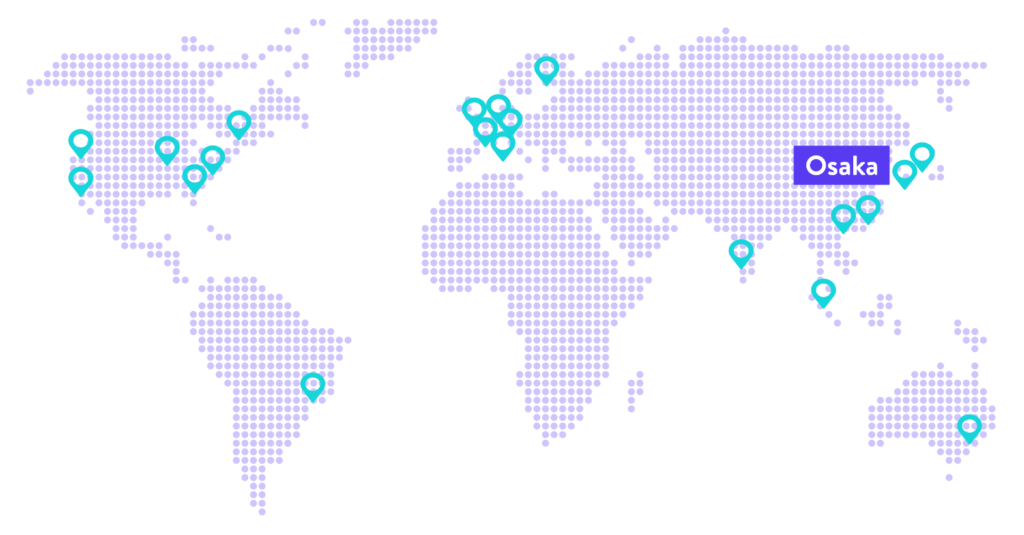 Great news for WordPress users in Japan! Further increasing Kinsta’s reach in the Asia Pacific region, we are excited to announce that the data center in Osaka, Japan (asia-northeast2) is now available for hosting your WordPress sites. 🇯🇵

This is, in fact, our second data center in Japan, as Tokyo launched back in 2017.

Kinsta now has 20 Google Cloud data centers you can choose from (this is the seventh in Asia Pacific region), allowing you to place your website in a geographical location closest to your visitors. This ensures better data privacy, low latency, and blazing fast load times.

According to Internet World Stats, Japan has over 118 million internet users. It’s one of the world’s most literate and technically advanced nations and was ranked the number two country in the world in 2019, by U.S. News & World Report. Osaka, Japan is a large port city and a leading commercial center.

The Osaka region will make it easier for Japanese companies to build highly available, performant applications. Customers will benefit from lower latency for their cloud-based workloads and data. (Source)

From a couple of our own tests, this will improve latency for end users near Osaka and surrounding southern cities (by up to 10 ms). Previously the closest available data center was in Tokyo, Japan. But don’t take our word for it, you can use GCP Ping to see for yourself how fast the Osaka data center is from your location.

And don’t forget, the Kinsta CDN also has a location in Tokyo.

Launch a Site in Osaka Today

This new location is now available from within the MyKinsta dashboard when you go to add a site: Osaka (JP).