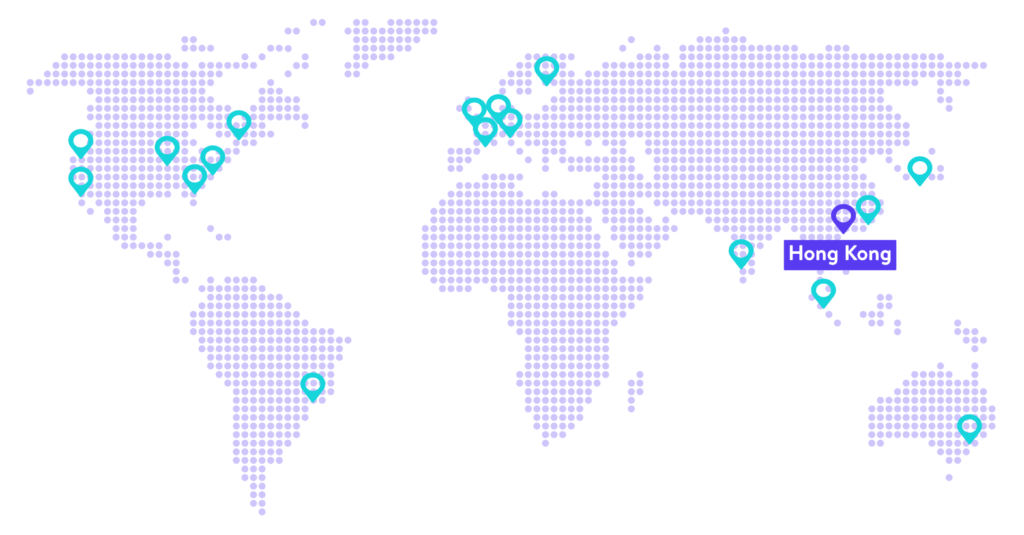 Further increasing Kinsta’s reach in Asia, we are excited to announce that the data center in Hong Kong (asia-east2) is now available for hosting your WordPress sites. 🇭🇰

This will be the fifth data we’ve launched in 2018. Throughout the past year we’ve added the following locations:

Kinsta now has 18 Google Cloud data centers you can choose from (this is the fifth in Asia Pacific), allowing you to place your website in a geographical location closest to your visitors. This ensures better data privacy, low latency, and blazing fast load times.

According to Internet World Stats, Hong Kong alone has over 6.4 million internet users. It’s known for being an international commercial hub and has one of the world’s most open and dynamic economies.

A solid cloud infrastructure is the foundation for building a smart city and helping businesses succeed in the digital economy. We are glad that Google is launching the Hong Kong cloud region, a recognition of Hong Kong’s edge and strengths as a data hub. This means businesses in Hong Kong, whether big or small, can leverage the latest, well-established technology infrastructure to expand and succeed in the region and globally. — Nicholas W Yang, Secretary for Innovation & Technology, HKSAR Government (Source)

Google has stated that this new region will significantly improve latency for end users in Hong Kong and surrounding regions. Previously the closest available data center was in Taiwan. But don’t take our word for it, you can use GCP Ping to see for yourself how fast the Hong Kong region is from your location.

And don’t forget, the Kinsta CDN also has a location in Hong Kong, as well as one in Taiwan.

This new location is now available from within the MyKinsta dashboard when you go to add a site: Hong Kong (HK).