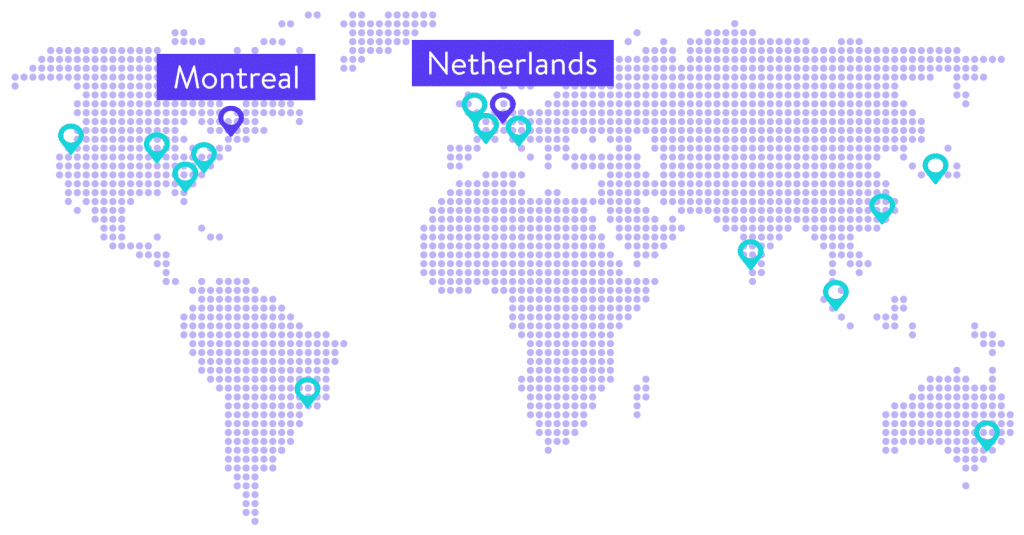 Let’s make 2018 a great year! As previously stated, we’ll be rolling out new locations here at Kinsta as Google Cloud Platform does. We’re excited to announce that the Google Data Centers in Montreal, Canada, and Eemshaven, Netherlands are now available for hosting your WordPress sites.

According to Internet Live Stats, Canada has over 32 million internet users. For those of you who are primarily serving customers in Canada, especially the eastern region, this can be an instant way to decrease network latency, TTFB, and ensure lightning-fast load times. Previously the closest available data center was in North Virgina, USA.

According to Internet Live Stats, Netherlands has over 15 million internet users. The new Netherlands data center runs 100 percent on renewable energy and is a popular choice for those concerned with data security and privacy. It also has great peering speeds,  being in close proximity to Amsterdam, sometimes referred to as “the center of the Internet.”

Both of these new locations are now available from within the MyKinsta dashboard when you go to add a site.

Kinsta now has a total of 15 data centers you can choose from, allowing you to place your website in a geographical location closest to your visitors. See our knowledge base article on Google Cloud Platform locations for more information and questions about moving an existing site.