PHLEARN Found a Hosting Partner They Could Grow With 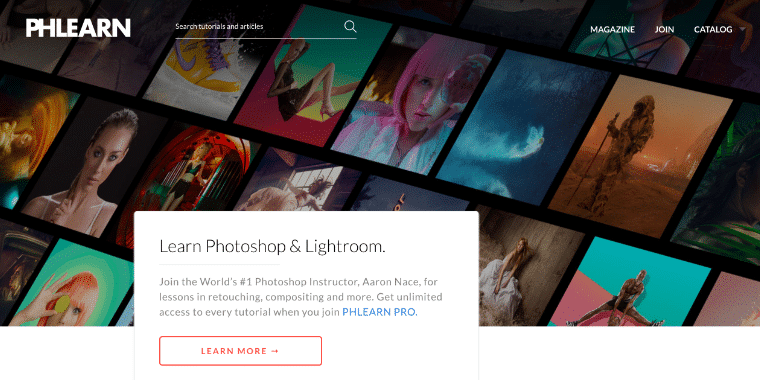 PHLEARN is a leading online Photoshop, Lightroom, and Photography education platform. By making learning fun, engaging, and really simple to follow, they’ve been able to win over customers in 149 countries and build a community of 2.6 million monthly followers.

PHLEARN was founded out of a small apartment in North Carolina in 2011 by a professional photographer, Aaron Nace. Over eight years it has grown into a thriving company, based in Chicago, by cultivating the largest following of any Photoshop & Lightroom channel on YouTube. In 2017 they launched their own streaming platform on phlearn.com and their students now watch millions of minutes of professional tutorials directly via their Kinsta powered WordPress site.

Check out our interview below with Seth Kravitz, the CEO of PHLEARN.

“When it came to shopping for a WordPress host, we considered speed, amazing support, and fair pricing to be the most important for our site. Other factors included our ability to alter our server settings and be able to manage as much of the infrastructure as we could, while still getting the advantages of the being with a managed host.

We were previously hosted at what was supposed to be one of the top companies for WordPress powered websites, but we were constantly disappointed in them. We watched our server response times and uptime continue to sink month after month. We reached a breaking point in 2017 where it was no longer sustainable to use them as a provider. It got so bad, that page loads reached into the 7 to 10-second range during peak times.

Additionally, their support was poor. They had grown so much that their support team was now dozens and dozens of people. You would think that would be a good thing, but it ended up being awful. They rotated tickets to whichever representative was available, so in the course of trying to solve one problem, you might talk to four different reps. Which meant having to explain things over and over and dealing with different levels of WordPress knowledge. It was infuriating.

When you add in that they were one of the most expensive hosting companies in the WordPress space, it was a trifecta of bad experiences. We fell into the trap where we believed that paying a premium was supposed to be indicative of the quality of hosting.”

Kinsta is More of a Hosting Partner, Less of a Vendor

“After shopping around for a while for the best WordPress hosting, we landed on Kinsta via a recommendation of our dev shop, SAU/CAL. Everything checked out as far as being a specialized WordPress hosting company, taking security seriously, and being focused on delivering unbeatable speed by the Google Cloud.

Naturally, we were skeptical, as we had heard promises like this before from other hosts. Every hosting company promises speed, flexibility, security, and great support. We needed to be with one that truly delivered on these, not just typical lip-service.

We spent two weeks going back and forth peppering Kinsta’s team with questions. We wanted to know about the stability of their infrastructure, ability to scale with traffic spikes, their security practices, how they manage support with their high-touch existing customers, and how much flexibility they would be able to give us with modifying the server’s settings. They answered all of our questions in such a confident and detailed way, that we felt we had finally found a host that could grow with us and be more of a partner, less of a vendor.”

Improvements After Moving to Kinsta

“Switching to Kinsta turned out to be the best decision we’ve ever made when it comes to our website infrastructure. We saw a 60% drop in server response times, faster delivery of our pages, and nearly 100% uptime. The most insane part of it all was that this came at nearly 40% lower cost than the previous host.

Kinsta actually tweeted it out the day we went live and saw the massive speed increase.

On the support side, it was night and day compared to our old hosting company. We now have a small team of dedicated support engineers that we work closely with, who understand our infrastructure, and respond to requests 24/7. I’m still surprised every time I reach out to support and get a rapid response. I feel like they have our backs 24/7, which gives me the confidence I need to know we can run large marketing campaigns, contests, or other events that may drive a giant spike in traffic.”

Switching to Kinsta turned out to be the best decision we’ve ever made when it comes to our website infrastructure. 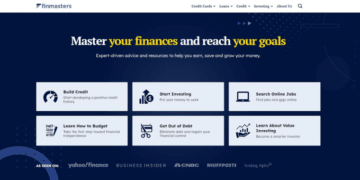 Read this post to learn about FinMasters' hassle-free experience of migrating sites to Kinsta with the help of our support. 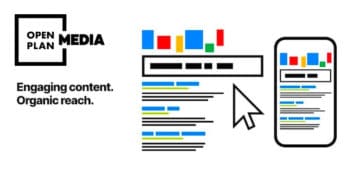 Learn how Open Plan Media, a UK-based media company, is able to serve hundreds of thousands of pageviews without a single glitch thanks to Kinsta's… 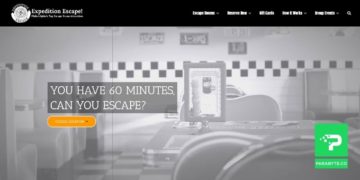 Check out how Expedition Escape was able to improve critical aspects of its site like speed, SEO, and conversions after they moved to Kinsta.