Kinsta's Singapore managed WordPress hosting is perfect for bloggers, agencies, developers, enterprise, and WooCommerce stores. Powered by Google Cloud, get lightning-fast load times and 24/7 support from veteran WordPress experts. We have a 30-day money-back guarantee and our team will migrate you for free.

According to worldatlas.com Singapore is the richest economy in all of Southeast Asia. It’s a global commerce, finance, and transport hub. It has been named the “easiest place to do business,” by the World Bank, as well as the “best investment potential,” and “most technologically ready nation.” Such a fast moving and advanced ecosystem requires a WordPress hosting solution that can keep up.

According to Internet World Stats, there are more than 4.8 million internet users in Singapore. With a total population of just over 5.7 million, Singapore has an impressive internet penetration rate of 83.6% (in fact its one of Southeast Asia’s highest). An Akamai Q1 2017 survey shows that Singapore ranks 7th in the world in terms of average internet connection speeds of 20.3 Mb/s.

As reported by Tech in Asia, a whopping 64% of ecommerce traffic in the country came from mobile and grew to 74 percent by Q2 of 2017. Statista estimates that the total number of mobile internet users is excepted to reach over 4 million by 2022. Singapore’s ecommerce revenue will amount to $3.74 billion by the end 2018, and is expected to show annual growth rate of 10.1% resulting in $5.489 billion by 2022.

According to Google, testing shows 51% to 98% reductions in round-trip time (RTT) latency when serving customers in Singapore, Jakarta, Kuala Lumpur, and Bangkok, compared to hosting them in the previous closest locations: Taiwan or Tokyo.

From our speed tests, below is the average website latency (ping times) from the Jurong West data center to nearby regions:

Speed is one of the most important factors for user experience and thus conversions. Thanks to the cutting-edge technology we employ via Google Cloud Platform, PHP 8, LXD and others we are able to serve your Singapore based and international visitors with the speed they deserve.

If the majority of your website’s traffic is from Singapore, choose our Jurong West data center!

Singapore has very active local WordPress community and has been gaining a lot of traction in recent years. There are a lot of local Meetups happening on a regular basis. The Singapore WordPress Meetup Group now has over 1,200 members. The first Singapore WordCamp was hosted in 2011 and the most recent in 2017, which featured speakers from Automattic and other WordPress companies such as Human Made.

Singapore also contains many notable and award-winning agencies that offer WordPress design and development services; such as ChillyBin, SMMILE, Ambient, Ranosys Technologies, Our Little Company, and Lemonade IT Solutions.

The network features a POP in Singapore, as well as six other POPs strategically placed across Asia. These provide high throughput and low latency throughout all of Southeast Asia, as well as surrounding regions.

Kinsta takes data privacy seriously and utilizes Google Cloud Platform's encryption at rest. We allow you and your clients to comply with privacy regulations that require data reside in a specific country or region. Rest assured, if you choose the Jurong West data center, no data is ever hosted outside of the Singapore. By design, any add-ons or features that do transmit data outside of the country are optional and not enabled by default.

Our southeast Asia clients love us

Great performance and best technical support! Moved from WiredTree at which I experienced a lot of downtime since the acquisition. I'm amazed how my website's performance drastically improved and is loading fast now. They do have the best support too. Specifically, the technical knowledge compared to other hosting providers. Really glad I switched to Kinsta! 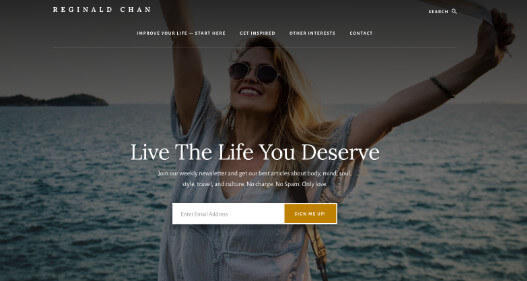 As a busy entrepreneur, working with Kinsta is takes my web hosting experience to whole new heights. Powerful servers, excellent customer support, and an intuitive backend allow me to sleep well at night knowing that my websites are always up and running perfectly.