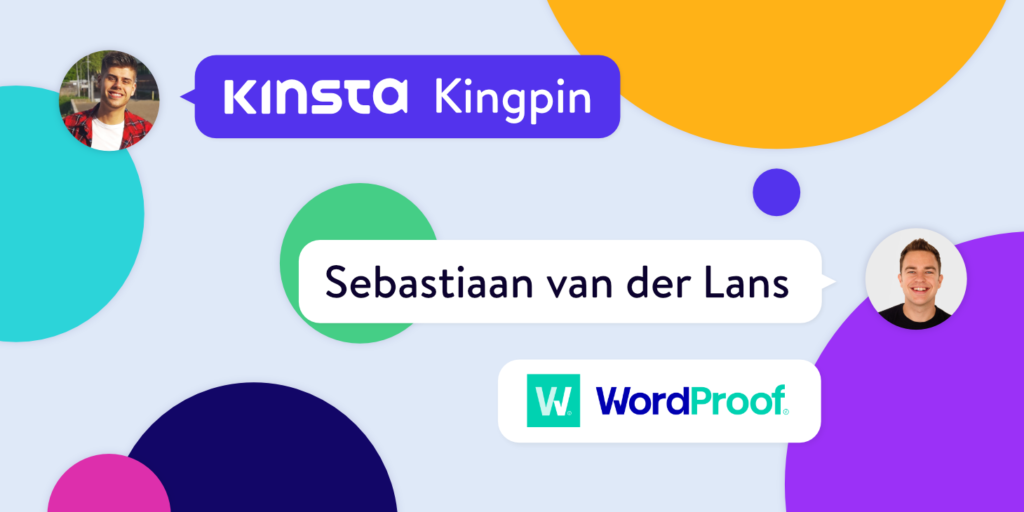 Sebastiaan van der Lans is co-founder and owner of web agency Van Ons. Starting out in 2006, Van Ons has grown into a leading tech agency in Amsterdam with a team of 25 experts who are focused on building WordPress sites, shops and applications for big names such as IKEA, Intratuin (The Netherlands’ largest retail gardening store) and Koffietijd (a Dutch TV show), among others.

Sebastiaan’s own focus has recently shifted to WordProof, a service that uses the power of blockchain technology to protect your content on WordPress in a user-friendly manner.

By contributing to WordPress and the community behind it as a WordCamp organizer, contributor, and speaker (among others) year after year, it’s fair to say that he has left his mark on WordPress.

Q1: What is your background and how did you first get involved with WordPress?

In 2006 I started web agency Van Ons together with Robert van Eekhout. We’ve been working with WordPress since 2007 and have also trained other agencies in using WordPress. We started out by making our own CMS, but soon discovered the WordPress software and philosophy, which we quickly embraced.

When we started, we regularly received angry messages from other agencies – “You’re destroying the market with that free software of yours!” – Those were signs that WordPress was going to become big.

We have always published a lot, both on Van-Ons.nl, our personal websites and back in the day on WPleren.nl. The latter site quickly received tens of thousands of visitors per month. By giving away a lot of knowledge – for example about how to build a webshop with WordPress – we were able to grow considerably as an agency without advertising.

Van Ons now has 25 employees in the office, and many of the largest WordPress sites and shops in the Netherlands are in the portfolio. As an agency, we have a strong focus on technology – we have built the craziest things in WordPress, such as second screens for Koffietijd.nl, which were used by thousands of viewers simultaneously. My team also created the WordPress plugin WP GDPR Compliance (over 1.3 million downloads).

In 2013, we built our first Bitcoin and blockchain application, combining our experience with open source software and communities from WordPress with the capabilities of blockchain technology. Thanks to WordPress, publishing has become democratic (including and accessible to everyone).

With blockchain technology, we can publish the principles that have made the WordPress community so big to all other aspects beyond.

I’ve been working with the software practically full time for almost 12 years. I founded WordProof in 2018, an open source way to protect content with blockchain and show your authenticity to readers and search engines. Timestamping is the open source approach to protecting your content.

By claiming authority and copyright, you show readers, buyers and search engines that you have not tampered with your content. We work with ISO and SEO parties to make timestamps a web standard because they make the web a better and safer place.

At WordCamp Europe, I was invited to give a keynote about my vision on WordPress and blockchain in the coming years. It was one of the scariest things I’ve ever done because it was my first presentation ever in English! To prepare, I completed an English course and practiced the presentation rigorously. One thing led to another and now I work with a team of 5 on WordProof Timestamp full time.

We help publishers, creatives, politicians, and entrepreneurs to protect their content with blockchain. We also work hard to ensure that search engines see timestamps as valuable so that the internet becomes an honest place – a place where visitors can verify sources and customers of webshops can show which products they have purchased, and on what terms. You can try WordProof for free with a trial, which allows you to timestamp 10 pieces of content!

The financial world and doing business, in general, will become more transparent, fair and inclusive from A-to-Z through open source technology. Take Uber for example: when Uber started, the organization received a 15% commission. Now, in many places, 25% of the revenue goes to Uber itself, and drivers have no guarantee this won’t be 30% in 5 years’ time – Uber decides it.

Imagine an open source alternative in which all software and thus the logic is publicly available. For example, it could be programmed that only 5% instead of 25% would be reserved for network maintenance. That 5% can only be changed if a majority of the drivers and/or customers agree to a change. With this 5 instead of 25% commission, you could then ensure that drivers earn 10% more. It’s a win-win. That’s the revolution that open source software and communities will bring about in the next 10 years!

Open source has a challenging paradox: making time available for open source software development costs a lot of money. It took me 10 years to be able to make really significant software as a company. The blockchain world has a number of democratic methods for funding open source systems that I find very inspiring and would like to bring to WordPress. In this article, I explain how WordProof started with $10,000+ from a Worker Proposal System.

The internet has brought us a lot, but the web as we know it today is broken. We as the WordPress community have shown that the best web software can be free and open source – that’s how we became the market leader. I’m still impressed, every time I think about that.

We are on the verge of a true revolution: the blockchain revolution. It will be possible to make not only information but also value (such as money) programmable. This opens up completely new possibilities for open source software: we can make entire companies transparent by programming the logic with open source software. I gave a talk about this at WordCamp Europe:

What also surprises me is that good initiatives do not get funding. God bless us that Yoast Diversity Fund exists, but more needs to be done to get good initiatives off the ground. I’m a strong advocate of making WordPress and blockchain communities work together and make use of each other’s best practices. Together we can make the world more open!

In the blockchain world, there’s a way of financing open source software that I think is completely fair: a Worker Proposal Fund. As a creator, you can pitch a solution you want to make, how long it’s going to take you to make it, and how much money you need during that period. Token holders of that blockchain can vote on whether you’ll get the project funded.

Reception to Gutenberg should be better. I’m amazed at how much resistance there is to it. We have to see this as a showpiece and bring it to every other CMS in the world. As Van Ons, we took the lead by developing Laraberg, which brings Gutenberg to Laravel.

With the new block editor, we are going to grow WordPress’ market share from 34% to at least 75% over the next 10 years.

With the new block editor we are going to grow WordPress from 34% to 75% over the next 10 years. 🗣Read our interview with @delans, founder at @WordProofio and @VanOnsnlClick to Tweet

A focus on speed is essential, as is super-quality support – both during the week and over the weekend. Finally, it’s important that software versions are always up to date (such as PHP, cURL, etc.).

Noël Tock, what he does at the enterprise level for his customers is phenomenal. And Rian Rietveld from Level Level who’s a usability and inclusivity superhero. 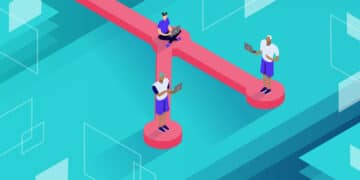 Git for Web Development: Get to Know the Typical Workflow of a Project

Wondering how to integrate Git into your web development workflow? We'll show you everything you need to know with this easy tutorial. 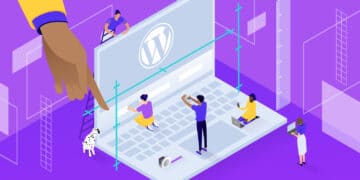 How To Edit the Footer in WordPress Using Every Method Possible

Learn how to how to edit the footer in WordPress using every possible method available, from adding code to using a WordPress plugin. 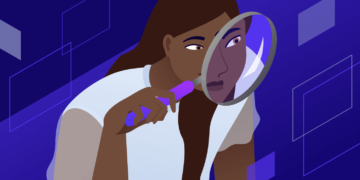