In today’s episode of the Reverse Engineered podcast, Cory Miller, the CEO at Post Status, joins our host Jon Penland to talk about his professional journey. Cory is an entrepreneur on a mission to make people’s lives awesome, especially the lives of his team.

Cory highlights the importance of a company-wide shared vision. According to our guest, the best results come when every member of your team believes in a company’s path and has the freedom to grow as an individual while contributing to the organization’s growth.

Cory and Jon also talk about how people see entrepreneurs. As Cory explains, the public is often under the miscomprehension that entrepreneurs live perfect lives, but that’s just the tip of the iceberg. In fact, Cory is living proof that being a leader also means you are a human with real problems.

Kinsta’s Reverse Engineered podcast is proud to be a podcast partner of WordFest 2021, a 24-hour global celebration of WordPress designed to bring our community together all across the world.

Be a part of the action on July 23rd by registering here (registration is completely free). Enjoy the celebration of all that is WordPress and let us know on social media if you’re attending!

In 2006, Cory started a WordPress blog. It quickly attracted the attention of people who wanted to do the same and Cory became a freelancer in the WordPress space. This momentum then evolved into a company called iThemes, which was acquired by a hosting company in 2018.

”If you do WordPress for a living, Post Status is your tribe, your community, your home. Brian started it around six years ago, and we’ve got three primary things.

One is the newsletter every week. For busy CEOs, it’s impossible to keep up with WordPress stuff. We distill everything going on and give some commentary to that in the newsletter.

The other side is Slack, and that’s where a lot of movement happens, engagement, where we can talk to our friends. The third is our job listings. So if you’re hiring for your agency, your product company, or whatever you do with WordPress, the job board is huge. So many people over the years and months have told me that they found great people through our board.”

Making People’s Lives Awesome Is My Mantra as an Entrepreneur

”When you read people like Viktor Frankl, ‘Man’s Search for Meaning,’ and even religious texts, you get this common thing: we’re here to help each other. I think that’s help and support each other. I like helping other people. And so, making people’s lives awesome is my mantra as an entrepreneur.

A lot of companies will be like — make our customer’s lives awesome. That, to me, is one component, and that’s probably a secondary component. Too many times, companies and even entrepreneurs don’t think about making their teams awesome. As an entrepreneur, I think about two things: profit and purpose. Purpose plus profit equals success.”

Honoring the Fact That We Are Humans; We Are Not Machines

”When you treat people like a machine, all you’re going to get is the output you put out there. And by the way, I think it’s inhuman. We’re not machines. We’re not meant to work that way. It’s so crazy. If you look in the stock market in the US and across the world, it’s all about profit.

If you treat people humanely, honor their humanness, strength, and contributions — thank them. I’m not talking about worshipping the ground they walk on. I’m saying, treat them like you want to be treated.”

The Importance of Having a Shared Vision

”I think about the people we had and what inspires them, and what they want to contribute to the music of the band that we’re making. It was a shared vision. I read Daniel Pink’s book ‘Drive’ about autonomy, mastery, and purpose, and I thought to myself, ‘I’m going to do that.’ These ideas I’m sharing are not unique to me. I stole them from other people. ‘Leadership challenge’ is a great book. And one of the first things they talk about is to inspire a shared vision. I just followed the manual.

I want people to like each other. You don’t have to love and cherish every moment with each other, but if you like being in the same space with each other and those types of filaments, how do we help them?”

”I started sharing my story in 2015 publicly because I think in entrepreneurship circles, we think everybody has to be perfect. All the success stories don’t have bad parts, but a good story always involves conflict. And for me, it was. I’m not sharing the story to get public therapy but to empower people to go and seek their support treatment by a professional.

So, back in 2011, we had hit a million dollars in sales. I had been asked to be a co-author of a ”for dummies book,” checking a childhood dream of being able to be a part of a commercial post-published book. We had one of the few offices in WordPress. We made this little road trip in an RV all the way up to WordCamp Boulder and all this stuff. I was getting asked to speak.

On the surface, if you had been around my sphere and knew who I was, you’d go, ‘Cory’s got it made.’ That’s what I’ve said about hundreds of entrepreneurs and different people over the years, just seeing the tip of the iceberg. Under the surface are the things that we carry around. But the full picture for me was divorce and depression.” 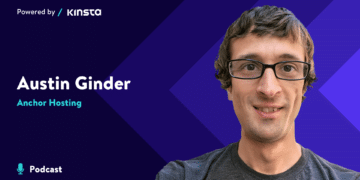 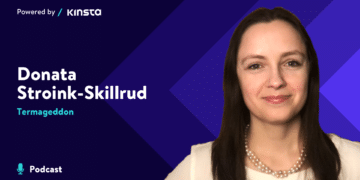