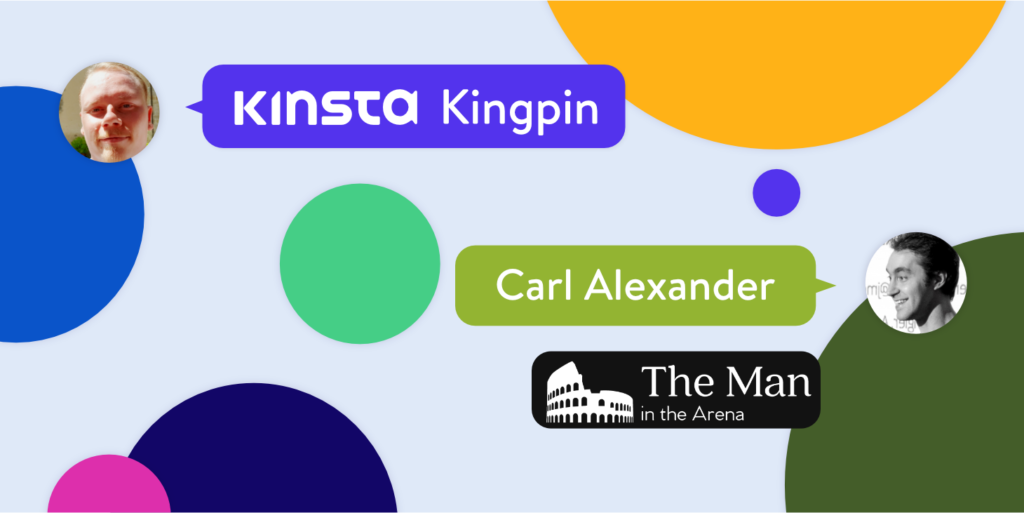 Carl Alexander is a PHP developer from Montréal, Canada. Whenever he’s not targeted by various memes, he’s helping developers improve their skills. He shares a lot of that on his website where he publishes articles on a regular basis. He also published a book to help WordPress developers learn object-oriented programming.

He’s often confused with his much more popular and attractive cardboard double.

You can find Carl on Twitter. If you like interviews, please be sure to check out our Kinsta Kingpin series for more!

Carl Alexander (@twigpress) is a #PHP developer from Montréal, Canada. Check out his interview in our Kinsta Kingpin series! 🎙🗣Click to Tweet

Q1: What is your background and how did you first get involved with WordPress?

I started using WordPress in 2009 (I don’t remember the exact version that was out at the time). An agency had hired me to create a proof-of-concept site for a large Canadian publishing company. The company had specifically asked us to use WordPress for it.

The project was a huge success and we built a close relationship with that company. So successful was the project that, within a year, I had 4 programmers working under me. It was during that time that I also found the WordPress community.

The WordPress community is really what keeps me engaged with the WordPress platform. I’ve been a WordCamp Montréal organizer since 2010. And for many years I also organized a lot of the monthly meetups.

I’m slowly retiring and I don’t organize the meetups anymore. That said, I continue to write WordPress articles and speak at WordCamps. Just last year, I spoke at 6 WordCamps.

These days I mainly consult for Laravel projects or as sysadmin. I still have some WordPress products like the book that I mentioned earlier.

That’s a tough question! The truth is I’ve been trying to answer it since 2012. The short answer is I’m trying to start a business that lets me work on projects that I’m passionate about.

There are a lot of obstacles to that goal. In fact, I had the opportunity to talk about it at PressNomics last year. The talk wasn’t recorded, but I wrote a companion article for it.

The community. It’s why I keep donating so much of my time. There’s really no other tech community that’s as welcoming and diverse.

Honestly, I’m not sure. I’m hoping to keep giving talks at WordCamp. (I’ve applied to a few already this year!) Professionally, I’m less implicated with WordPress as I mentioned earlier.

That said, I still want to keep working on WordPress projects. I have a small security plugin that I maintain. My next product will also be for WordPress.

Because I’m an advanced developer as well as a sysadmin, I’m looking for specific things from my WordPress host. Most high-end hosting companies (like Kinsta) have a top-notch infrastructure. There’s always a question of price, but a good host is priceless. (I even wrote about it!)

I love to travel. I’m often out of town. When I’m traveling, I love walking around everywhere for hours on end. I also spend a lot of time meeting people. I often stay in hostels for that reason.

When I’m home in Montreal, it’s video games. I spend too much time watching twitch.tv! I’ve also been playing World of Warcraft on and off for the last 15 years.

I also love weight lifting. I train 2 hours a day 5 days a week. I even train when I’m traveling!

Without a doubt, you should talk to Raquel Landefeld. She’s one of the WordCamp Phoenix organizers. She’s been involved with WordPress for years and her passion and commitment to the project is contagious. 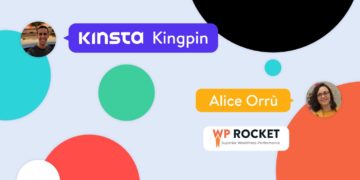 Check out our interview with Alice Orrù, Content Writer at WP Rocket, active member of the WordPress community, and solo-traveler enthusiast! 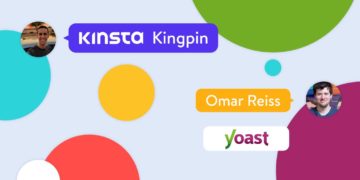 Check out our interview with Omar Reiss, CTO at Yoast and an active WordPress Core contributor. He's also a WordCamp speaker and plugin developer. 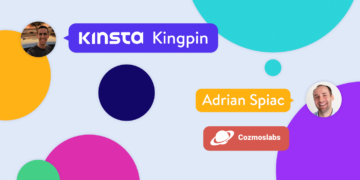 Check out our interview with Adrian Spiac, co-founder of Cozmoslabs, a WordPress company that builds premium WordPress plugins to help extend your…