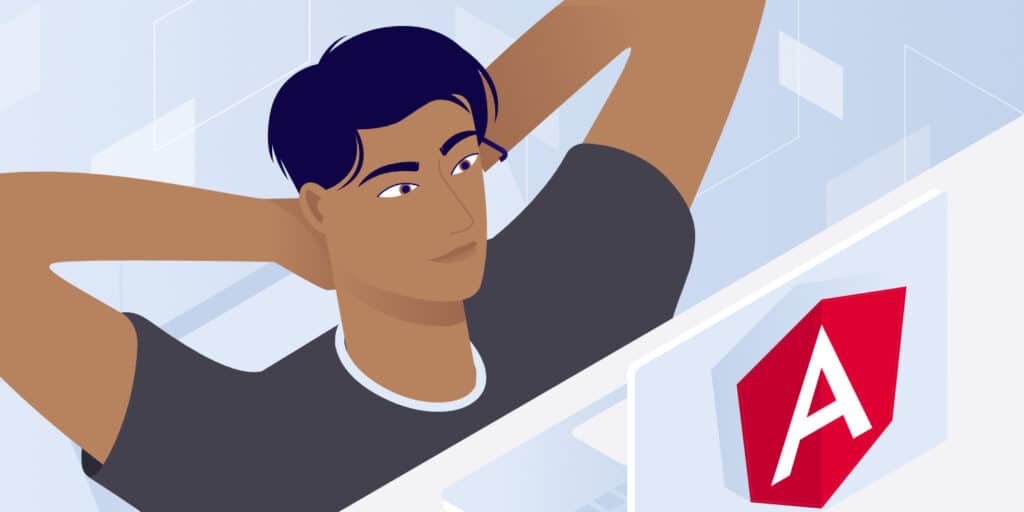 Angular is a frontend JavaScript framework developed by Google for building scalable enterprise-grade web applications. Some of these applications can get quite large, affecting the load time of your application.

To reduce load time and improve the overall experience of your users, you can use a technique known as lazy loading. This native Angular feature allows you to load only the required bits of the web app first, then load other modules as needed.

In this article, you will learn about lazy loading and how it can help speed up your web app.

Lazy loading refers to the technique of loading webpage elements only when they are required. Its counterpart is eager loading, when everything loads — or tries to load — immediately. Fetching all images, videos, CSS, and JavaScript code eagerly might mean long load times — bad news for users.

Lazy loading is often used for images and videos on sites that host a lot of content. Instead of loading all media at once, which would use a lot of bandwidth and bog down page views, those elements are loaded when their location on the page is about to scroll into view.

Angular is a single-page application framework that relies on JavaScript for much of its functionality. Your app’s collection of JavaScript can easily become large as the app grows, and this comes with a corresponding increase in data use and load time. To speed things up, you can use lazy loading to first fetch required modules and defer the loading of other modules until they are needed.

Lazy loading offers benefits that will make your site more user-friendly. These include:

View plans
Want to stay ahead of your competitors with a fast-loading, user-friendly site? Enter lazy loading. 🚀 Learn more about this native angular feature and how it can help speed up your load times. Get started here ⬇️Click to Tweet

To follow along with this tutorial, you will need the following:

Step Up Your Project

You’ll use the Angular CLI to create your project. You can install the CLI using npm by running the command:

That command creates a new Angular project, complete with routing. You’ll be working exclusively in the src/app folder, which contains the code for your app. This folder contains your main routing file, app-routing.module.ts. The structure of the folder should look like this:

Create a Feature Module with Routes

Next, you’ll create a feature module that will load lazily. To create this module, run this command:

This command creates a module named BlogModule, along with routing. If you open src/app/app-routing.module.ts, you will see it now looks like this:

The part that is important for lazy loading is the third line:

You will note that this routing file contains a single route, ''. This resolves for /blog and points to the BlogComponent. You can add more components and define those routes in this file.

For example, if you wanted to add a component that would pull details about a particular blog post, you could create the component with this command:

That generates the component for the blog detail and adds it to the blog module. To add a route for it, you can simply add it to your routes array:

This adds a route that resolves for blog/:title (for example, blog/angular-tutorial). This array of routes is lazy-loaded and not included in the initial bundle.

You can easily check that lazy loading is working by running ng serve and observing the output. At the bottom of your output, you should get something like this:

The output above is divided into two parts: Initial Chunk Files are the files loaded when the page first loads. Lazy Chunk Filesare lazy-loaded. The blog module is listed in this example.

Another way to confirm lazy loading is by using the Network tab in your browser’s Developer Tools panel. (On Windows, that’s F12 in Chrome and Microsoft Edge, and Ctrl–Shift–I in Firefox. On a Mac, that’s Command–Option–I in Chrome, Firefox and Safari.)

Select the JS filter to view only JavaScript files loaded over the network. After the initial load of the app, you should get something like this:

When you navigate to /blog, you will notice a new chunk, src_app_blog_blog_module_ts.js, is loaded. This means your module was requested only when you navigated to that route, and it is being lazily loaded. The network log should look something like this:

For comparison, let’s also create an eagerly loaded module and see how it impacts the file size and load time. To demonstrate this, you’ll create a module for authentication. Such a module might need to be loaded eagerly, as authentication is something you might require all users to do.

Generate an AuthModule by running this command in the CLI:

That generates the module and a routing file. It also adds the module to the app.module.ts file. However, unlike the command we used to generate a module last time, this one doesn’t add a lazy-loaded route. It uses the --routing parameter instead of --route <name>. That adds the authentication module to the imports array in app.module.ts:

Adding AuthModule to your AppModule imports array means the authentication module is added to the initial chunk files and will be included with the main JavaScript bundle. To verify this, you can run ng serve again and observe the output:

As you can see, the authentication module is not included as part of the lazy chunk files. Additionally, the size of the initial bundle has increased. The main.js file almost doubled in size, increasing from 8 KB to 15 KB. In this example, the increase is small, since the components don’t contain much code. But, as you fill the components with logic, this file size will increase, making a strong case for lazy loading.

You’ve learned how to use lazy loading in Angular to fetch modules only when they are required. Lazy loading is a great technique to improve load times, reduce data usage, and better utilize your frontend and backend resources.

If you’re developing a WordPress site and want to really crank up the speed, read about Kinsta Edge Caching to see some impressive numbers. 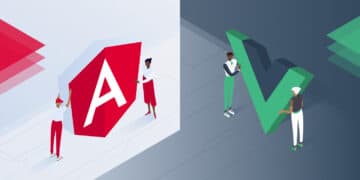 Angular vs Vue: A Head-to-Head Comparison

Angular vs Vue is a popular debate among developers. We've written a head-to-head comparison of their features, pros & cons, and use cases. 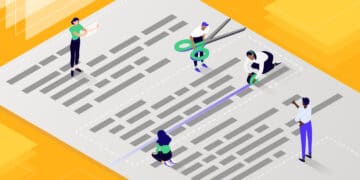 How to Minify JavaScript — Recommended Tools and Methods

Learn how to minify JavaScript and speed up your website. You'll also discover top JavaScript minification tools, including WordPress plugins. 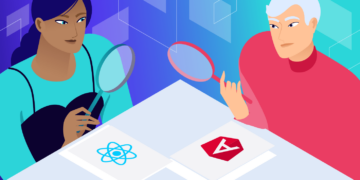 Wondering whether to go with Angular vs React? We clear it up with this in-depth comparison of the two popular JavaScript-based options.