Kinsta’s Canada managed WordPress hosting is perfect for bloggers, agencies, developers, enterprise, and WooCommerce stores. Powered by Google Cloud, get lightning-fast load times and 24/7 support from veteran WordPress experts. We have a 30-day money-back guarantee and our team will migrate you for free.

Host your site in Google Cloud Platform’s Montréal data center for the fastest coverage throughout Canada.

We use Nginx, LXD containers, PHP 8.0, and MariaDB on Google Cloud Platform to bring you lightning fast load times.

According to Internet World Stats, there are more than 33 million internet users in Canada. With a total population of just over 36 million, Canada has an impressive internet penetration rate of 89.9% (in fact its one of the world’s highest). It’s safe to say that a large majority of Canadian residents use the internet on a daily basis.

The Canada Post says that eight in ten Canadians shop online, and they’re buying more items, more often, across many product categories. So it’s no surprise that Canada’s ecommerce industry is booming. According to eMarketer, ecommerce sales in 2017 rose nearly 30%. As of March 2017, retail ecommerce sales totaled approximately C$1.2 billion. It’s projected that in 2018 retail ecommerce sales will reach CA$56.96 billion and account for 9.0% of total retail sales.

The mobile market is also growing rapidly. According to Absolunet, mobile transactions doubled in the 2017 holiday season and the Canadian average order value (AOV) was in fact higher than the U.S. AOV.

According to Google, testing shows up to 90% reductions in round-trip time (RTT) latency when serving customers in Montréal, compared to hosting them in the previous closest locations: Iowa, Northern Virginia, South Carolina, and Oregon regions.

From our speed tests, below is the average website latency (ping times) from the Montréal data center to nearby regions:

Speed is one of the most important factors for user experience and thus conversions. Thanks to the cutting-edge technology we employ via Google Cloud Platform, PHP 8.0, LXD and others we are able to serve your Canada based and international visitors with the speed they deserve.

If the majority of your website’s traffic is from Canada, choose our Montréal data center!

Canada has very active local WordPress community with over ten cities having hosted WordCamps over the years with thousands of attendees. There are also a lot of local Meetups happening on a regular basis. The Vancouver and Toronto WordPress Meetup groups both have over 2,000 members. Other Meetups include those in Montréal, Ottawa, Peterborough, Niagara, Hamilton, and Durham. Watching this rapidly growing community is exciting.

The biggest WordCamps in Canada, a few of which Kinsta is proud to be a sponsor, include:

Canada also contains many notable and award-winning agencies that offer WordPress design and development services; such as Forge and Smith, NexToronto, Machine, and Sparkjoy Studios.

The network features a POP in Montréal, as well as eight other POPs strategically placed across North America. These provide high throughput and low latency throughout all of Canada, as well as surrounding regions.

Kinsta takes data privacy seriously and utilizes Google Cloud Platform's encryption at rest. We allow you and your clients to comply with privacy regulations that require data reside in a specific country or region. Rest assured, if you choose the Montréal data center, no data is ever hosted outside of Canada. By design, any add-ons or features that do transmit data outside of the country are optional and not enabled by default.

Our Canadian clients love us 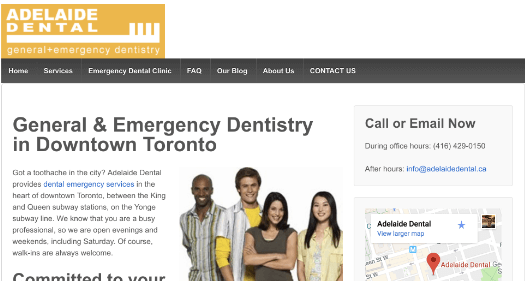 Kinsta’s speed, along with its use of cutting-edge technologies, helped us increase our score on the Google PageSpeed Insights tool. We were pleasantly surprised by the low cost of Kinsta’s web hosting. The Starter Plan is reasonably priced and more than sufficient for the needs of a small business. We are actually paying less now than before, even though the website is loading twice as fast. 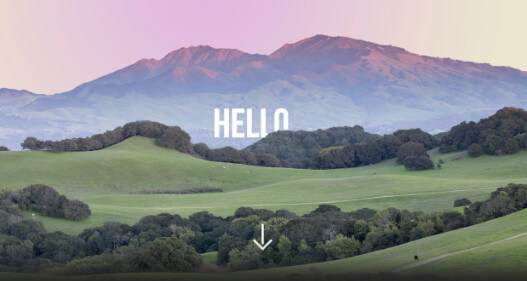 Overall Kinsta has helped increase my web traffic because of how fast my website loads. The speed of using Google's Cloud Platform has increased my website load time by 80%. I don't have people getting tired of waiting for my site to load. This in itself is worth the investment into Kinsta for myself and my clients! Also the support is outstanding because I can have answers within minutes.