Why You Should Stop Using Nulled WordPress Plugins and Themes

No one likes spending more money than necessary – it’s a human thing. Even one of the richest people in the world, Warren Buffet, still searches out discounts on the cars he buys (ok, maybe that’s an extreme example – you get the idea).

Because people are always on the lookout for ways to cut costs, some WordPress users are tempted to turn to nulled WordPress themes and plugins instead of paying for the official premium version.

In this post, we’re going to tell you why using nulled WordPress plugins and themes is a bad idea…even if it’s not necessarily breaking any laws.

What Are Considered Nulled Plugins and Themes?

There are various definitions around the web when it comes to the term nulled. As we define nulled it refers to premium WordPress plugins or themes that have been hacked or contain modified code designed to cause harm or collect information. These are obtained from a third-party website (not the original author or creator) and sometimes are made to work without a license key.

View plans
Let’s start with the elephant in the room…

The reason here has to do with the GPL (General Public License). Without making this a lesson on copyright, you just need to know that part of what the GPL license allows for is that anyone can freely distribute GPL-licensed software (yes – even premium GPL-licensed software).

So if a nulled plugin site puts a piece of GPL-licensed software up for download, they’re not technically breaking the law because they have the right to freely distribute that GPL code.

The GPL is complicated and we’ve overly simplified some of the principles to condense the core ideas into a few paragraphs. But basically – most of the nulled WordPress plugins and themes that you see are probably not doing anything illegal. In fact, GPL is one reason why WordPress is great.

Just because nulled extensions are legal, that doesn’t mean it’s a good idea to use them at your WordPress site.

Here are four reasons why you still shouldn’t use nulled plugins or themes on your site.

1. You Don’t Know What Else Is in the Code

When you download an extension from a source other than the developer (or a trusted repository like WordPress.org), you don’t know what else is lurking in the code.

Malicious actors like to use nulled plugins or themes to insert their own nasty payloads, like injected links for SEO, or even more sinister actions.

When you use a nulled extension, you’re opening yourself up to this type of exploit because, unless you have the knowledge and time to dig through all the code, you have no idea what else is lurking for you in the nulled extension.

Beyond that, you might void any potential help from your host. For example, we offer a free hack-fix guarantee here at Kinsta, but this guarantee doesn’t apply if your WordPress site is hacked due to a backdoor in a nulled plugin or theme.

This isn’t a universal issue, as you can find legitimate GPL clubs that offer clean products (usually for a monthly fee). But even if you pay for a GPL club that offers downloads free from malicious code, there are still other important reasons why these extensions aren’t a good idea. And how are you to know which GPL club can be trusted?

That’s why we typically refer to plugins obtained from third-party websites as nulled. It’s much safer to assume that if you didn’t obtain it from the original author that it may have modified, unsafe code, or even a virus. You can use an online tool like VirusTotal to scan a plugin or theme’s files to see if it detects any types of malware.

While most developers do indeed enjoy creating WordPress products, most of them also enjoy being able to eat and afford a roof over their head.

That is, WordPress developers need revenue in order to be able to justify the time that they spend maintaining and improving their products.

When you use a nulled extension, you’re depriving them of the revenue that they could use to further enhance their plugin.

Basically, you’re shooting yourself in the foot by being a freeloader!

Would the Elementor page builder team be able to keep pushing out new features, like theme building, if everyone were using a nulled version? Would the OceanWP theme have all those great add-ons if there were no money coming in?

No! Of course not.

If you’re going out of your way to find a nulled version of a plugin or theme, that probably means you think it’s a valuable addition to your website.

So even if you don’t think it’s worth paying the developer for all the hard work they’ve already put into building you that product, why are you depriving yourself of a chance to get an even better product in the future?

Basically, you should help developers put food on the table so that they can keep creating awesome stuff that makes your life easier.

3. You Won’t Get Any Support From The Developer

That’s because a big part of what you’re paying for with GPL-licensed software is support from the developer.

When you pay for a product, you get the option to reach out directly to the developer if you encounter any issues with the product.

On the other hand, with a nulled extension, you get zero support. Hit a snag? Hopefully Google helps! Because that’s pretty much your only option. If the plugin your using has a free version in the WordPress repository, you might be able to get a response there. But let’s be honest, it’s pretty much like playing the lottery. And that’s simply because developers simply can’t afford to work for free.

If you waste three hours fixing an issue that the developer could’ve fixed for you in five minutes, did you really “save money” in the end? Probably not (if you value your time).

4. You Won’t Get Any Automatic Updates

In order to enable automatic updates for a premium plugin or theme, you’re going to need a license key.

Without a valid license key, you’re going to have to manually update extensions every time there’s a new update.

There are two big problems with this:

First off, it’s just plain annoying and time-consuming. You go from having to simply click a button, to having to delete and re-upload a plugin every single time.

That’s not the biggest issue, though.

More importantly, you’ll no longer get that red update notification in your WordPress dashboard. That means you’ll have to find another way to keep track of when new updates come out.

What if the developer releases an urgent security fix, but you don’t get the memo until a few weeks later? Out-of-date extensions are a big attack vector for WordPress sites, so you’re leaving your site open to unnecessary risk if you’re not able to promptly apply new updates.

It’s true that some GPL clubs go and grab the latest versions and then they’ll release the update on their site. But who do you want to put your trust in? A GPL club with a thousand different plugins, or the developer of the plugin. Is that risk worth saving a few bucks?

Who would you rather trust for updates? A GPL club with thousands of plugins, or the developer of the plugin. 🤭Click to Tweet

We don’t see any good reasons to use nulled plugins or themes. However, if you’re really want to get nit-picky, here’s one scenario we’ve personally heard from users.

A lot of premium WordPress plugins don’t have free versions or trials, and their refund policies might only apply if the plugin didn’t work due to a technical reason. A lot of times plugin developers have to be strict with their refund policies to prevent abuse from those trying to get a free copy.

If you’re a WordPress developer, agency, or freelancer, there might be some instances where you simply need to see if a plugin will work for a client. It might not always make sense to buy the plugin if it ends up not being able to do what you need. Because then you’re out the money.

Testing a nulled plugin or theme locally or on a staging site (never on production) might be the route you decide to go down. We won’t be sharing where to get any of these on our site.

If you do this and discover that the plugin or theme does indeed deliver, then, by all means, chat with your client and purchase it to get a legitimate license key, support, and updates.

On the surface, it might seem like a great deal to get a premium plugin or theme for free. But in our opinion, it’s just not worth it. Even if you find a source for legal, clean GPL plugins and themes, you’re still going to waste extra time because you:

Time is money, and nulled plugins and themes will take you more time to use.

Beyond that, you’re just plain depriving developers of the rewards for the hard work they’ve already put in, as well as money to keep improving their products going forward. Even if you have no problem with the ethical implications there, you’d lose out if everyone used nulled extensions because developers would have no incentive to improve.

So – when it comes to nulled installs – think twice before installing a theme or plugin. Especially if you’re building or working on other people’s WordPress sites. Don’t put your client in a bind later down the road. We’ve seen this happen way too many times.

If you’re really on a budget, consider one of the 55,000+ free plugins and thousands of free WordPress themes that are available at WordPress.org.

Any thoughts? We would love to hear from more WordPress users on this topic in the comments below. 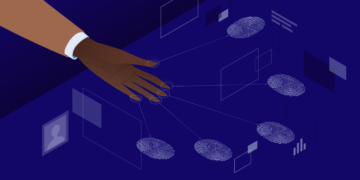 WordPress GDPR Compliance – Everything You Need to Know

The deadline for WordPress GDPR compliance has come and gone. Make sure your business is in compliance or you could face hefty fines.

Launching a Premium WordPress Coupon Plugin (Behind the Scenes)

Check out this behind the scenes look at launching a premium WordPress coupon plugin. It started as an idea and eventually turned into something more. 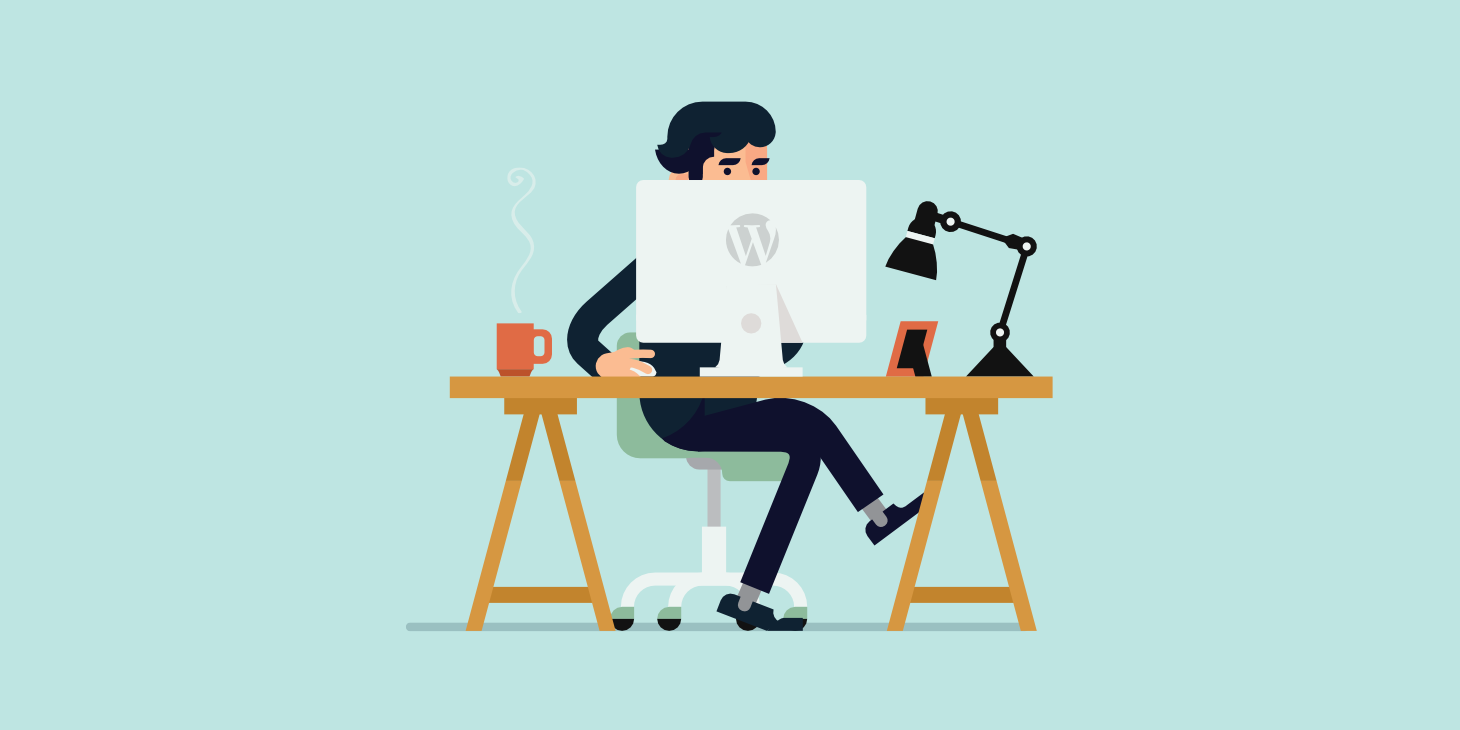 Where and How to Hire a WordPress Developer

Finding and hiring a WordPress developer can be a daunting task. This post covers 9 great sources for hiring and steps to sensibly assess candidates.