What Is the Average App Developer’s Salary? 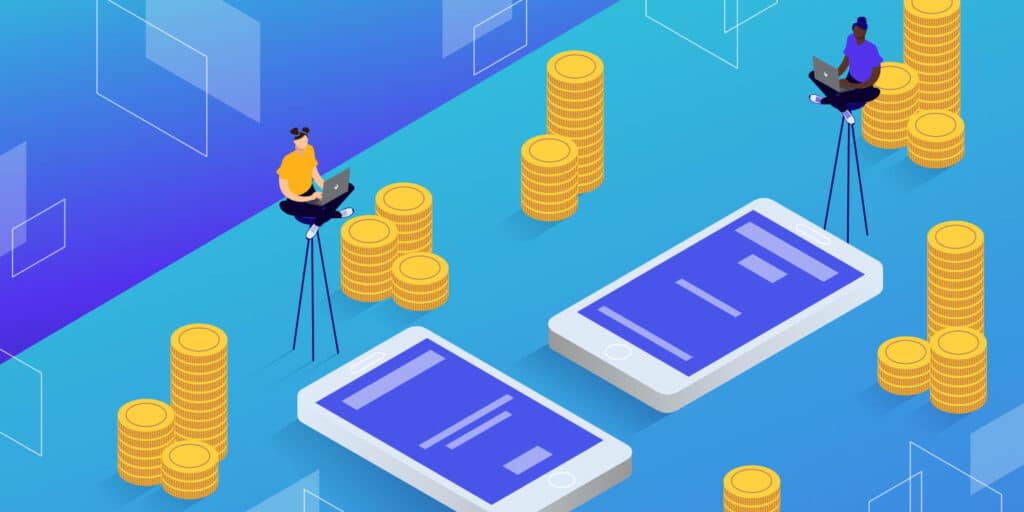 In the world of developers, there are quite literally thousands of different ways to specialize. “App developer” is one job title that’s gaining traction, and something more and more people are beginning to pursue and seek out jobs for.

Have a knack for mobile OSes like Apple or Android, or looking for a job that’s slightly more specialized and in-demand than “software developer”? Let’s look at app developers, what they are, and how much self-identified app devs make across the spectrum.

What Is an App Developer?

Let’s get one thing straight: What exactly is an app, and what’s the difference between an “application” and a “program”?

While “app” does very commonly refer to mobile applications that you can find on the Apple App Store, Google Play Store, or elsewhere, an application can be written for any operating system – or even for a web server.

An application is designed to help users perform a single task, be it playing a game, writing a document, or editing an image. “Programs” and “software” are wider terms that can refer to any data that runs on certain hardware, and it’s not always made for the end-user. All apps are software, but not all software is an app.

For this reason, app developers (as opposed to general programmers) are focused on developing a program that helps an end-user do something.

While this is most frequently a job title for mobile developers (Android, iOS), it’s also very commonly used by desktop computer devs (Windows, macOS, Linux) and even web app developers.

Some even work cross-platform, which makes them a rare commodity since they have the ability to port an application to multiple systems.

Have a knack for mobile OSes like Apple or Android, or looking for a job that's slightly more specialized and in-demand than a software developer? 👀 Read this ⬇️Click to Tweet

Curious about what the day-to-day tasks of app developers are? Here’s a glimpse into what you’ll be expected to do.

Generally, app devs are a little more focused on the end-user than other developers, so you may be doing more frontend graphical work and UI setup alongside coding, especially if you’re on a very small team.

Even with “app developer” already being a specialized title, there are still several more types of app development jobs to choose from.

App development is fairly high in demand, and you can find many job listings seeking some sort of application developer.

A similar job of software development has a job outlook of 22%, which means it’s on track to grow a lot faster than other jobs in any industry. Despite more and more people piling into the tech industry, there’s plenty of demand.

As for specifically mobile developers, your prospects are very good. Demand for mobile developers is expected to increase to 24% by 2026, and thanks to the continued expansion of mobile devices’ popularity, knowing how to work with these devices will help you land a job.

Finally, mobile app developer was found to be the #1 job in America in 2017, excelling at growth, pay, and job satisfaction.

Overall, app development, especially mobile development, is a very good job to get into if you want to feel secure.

How Do You Become an App Developer?

Interested in app development in any of its forms? Here are some resources on how to get started and what you’ll need.

Take a look at the essential skills and requirements of an app developer.

How to Start as an App Developer

Do you want to work with phones, computers, web servers, or some combination? Do you want to specialize in a certain OS? Get familiar with the development tools and platforms available for the technology you pick.

There’s also the matter of which programming language to choose. Depending on how innovative you want to be, the sky is basically the limit here – but there are some common languages you may want to look into for app development, and there are plenty more options than listed here.

Here are some tools and official resources to help you get started. Also, consider searching for beginner guides to the language you pick.

Now for the reveal: How much do app developers make in a year? And how does it compare by experience level, location, and against similar jobs?

Here is what self-professed “application developers/app developers” make according to the top salary tracking websites.

Average all four of these records and you get a total average of $85k/year. While not as high as some esteemed careers in the tech industry, it’s a fairly decent salary among similar jobs.

What about specifically mobile app developers that work with tools like Android and iOS? Let’s take a look.

On average this is $91k/year, which is actually a little higher than a generalized app developer.

Finally, web app development, for those that work with web servers and their technologies.

Here you also end up with $86k/year, an estimate not far off from general app developers.

While the three types of app developers have similar salaries, mobile app development in particular ranked out a little bit higher.

Experience level has one of the biggest effects on salary. It’s important to know if you’ll be making a livable wage when you’re just starting out, if it’s worth staying in the industry long enough to claim senior position benefits, or if you should specialize elsewhere.

Here’s what you can expect to make as an entry-level app developer, fresh out of college or with very little experience.

That makes the average entry-level app developer salary $77k/year. Not bad, considering some tech jobs pay even less just by the total average.

For those who have a little experience under their belt, you’ll be looking at these salaries:

That comes out to $65k/year, less than the entry-level position. This is likely just a reflection of Glassdoor’s very high estimate of entry-level salaries based on only a handful of reports, but it does indicate that the difference between an entry-level and junior position is likely negligible.

And finally, here’s what you can expect to be earning after a decade or more in the industry.

On average that makes $107k/year, a fair bit boost from when you’re first starting out.

Where you live in the world has a major effect on your salary, and it can even influence where you choose to move. Here are a sample of countries and how well they pay app developers, in both local currency and USD.

Freelancing certainly isn’t for everyone, but it’s important to know what you’re walking into before you dedicate yourself to such work. How does freelancing app development compare to salaried positions?

ZipRecruiter and Glassdoor report salaries of $110k/year and $101k/year for freelance iOS developers. Freelance Android developers can expect a salary of $119k/year. Android salaries may skew a little higher, but there’s no huge disparity.

Codementor reports that freelance mobile app developers as a whole make $61-80/hour. If the average full-time freelancer works 36 hours per week, that makes a yearly salary of $114k-$168k/year.

This of course depends heavily on what your clients are willing to pay, how many clients you can find, and how many hours you work per week.

If you plan on working as a remote developer, the salary may be a bit different. Here are some estimates for what you might be making.

Remote Android developers could make from $111k/year to $140k/year, while iOS developers are projected to make $112k/year.

Finally, if you want a general look at how remote software developers fare, they’re looking at $90k/year.

This compares to app developers’ salary of $85k/year, $8k-$25k more than the salary of web devs. Web developers, especially frontend developers, are known to have generally lower salaries compared to software developers.

All fall under the “web developer” umbrella, but each makes a very different salary.

Of course, there are other types of web developers too, such as web app developers, but those three are the most common titles.

With general app developers making $85k/year, you can see how important it is to specialize as higher-level job titles seem to make more money. Web development is also a very large industry as the internet is always expanding.

Should You Be an App Developer?

Is app development the right career for you? In essence, it’s very similar to the title of a software developer. So if you’re interested in that, app development could also be the right course. Plus, the two are very often interchangeable, so you can potentially apply for both positions.

If you enjoy creating applications with code, developing with the end-user in mind, and designing pleasing UI layouts, then an app developer may be a suitable position for you.

The outlook for this position as well as the tech industry as a whole is hopeful, and the salary is comparable to similar tech jobs. In fact, the pay can often be a fair bit better.

Like other tech jobs, you have a lot of flexibility in your career and access to good benefits. You can comfortably work remotely (very important in this day and age), or choose to do freelance and contract work.

App design is a good launching point for new developers, and from there you can choose to specialize or just stay in your niche.

App developers can make a fair salary by making $85k/year – though with the potential to make far more depending on your specific job title and skillset.

As a slightly more specialized job than software development, app developers work on user-focused applications for mobile and desktop operating systems. They even sometimes join the ranks of web developers to create web applications for servers. It’s a pretty broad job title with room for many different skills.

If you’re interested in developing applications of any kind, you’re safe to try out app development as it’s a very in-demand job.

If Javascript is one technology you’re considering, check out the average Node.js developer salary too! 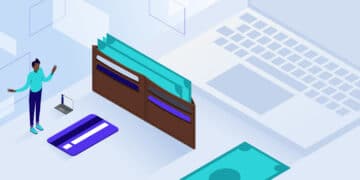 What Is the Average Laravel Developer’s Salary? Fresh Data for 2023 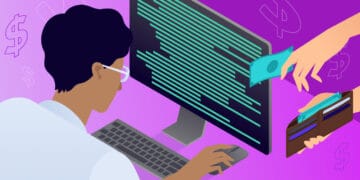 What Is the Average Backend Developer’s Salary? The Latest Data for 2023

Interested in pursuing a career in web development? This guide to the average backend developer salary should help! 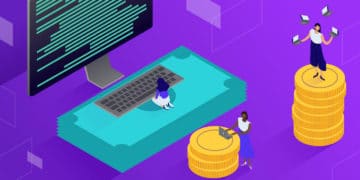 What Is the Average Full-Stack Developer’s Salary? Fresh Data for 2023