You can find Mario on LinkedIn or Twitter. This is our recent interview with him, as part of our Kinsta Kingpin series.

I got obsessed with computers back in 1996 when my parents bought my first personal computer (100MHz CPU, 16MB of RAM, 421MB HDD). Good times!

Later on I built my first static website in 1999 and continued tinkering with tech over the next few years, coding a lot, and reading even more (despite of the limited amount of information available online back in the day).

In 2005 the media agency I was working with decided to build a new blogging platform, and we had to do some R&D accordingly. I had used LiveJournal and Blogger before, but WordPress seemed pretty cool, and I played with it for a while. Over the coming years we had dev projects that relied on WordPress, and around 2011 we’ve transitioned to building WP gigs exclusively.

Over the past 6 years I’ve been actively involved with various WordPress community activities – from co-organizing the local meetup and several WordCamps (including WordCamp Europe 2014 and 2015), through building a number of free themes and plugins, speaking at dozens of WordCamps and meetings, and contributing to several Open Source projects.

Nowadays I run DevriX – a distributed WordPress development company that specializes in growth-driven partnerships for our ongoing customers. We work closely with a limited number of accounts since we want to focus and learn their business needs, thus providing the best results for their target audience. 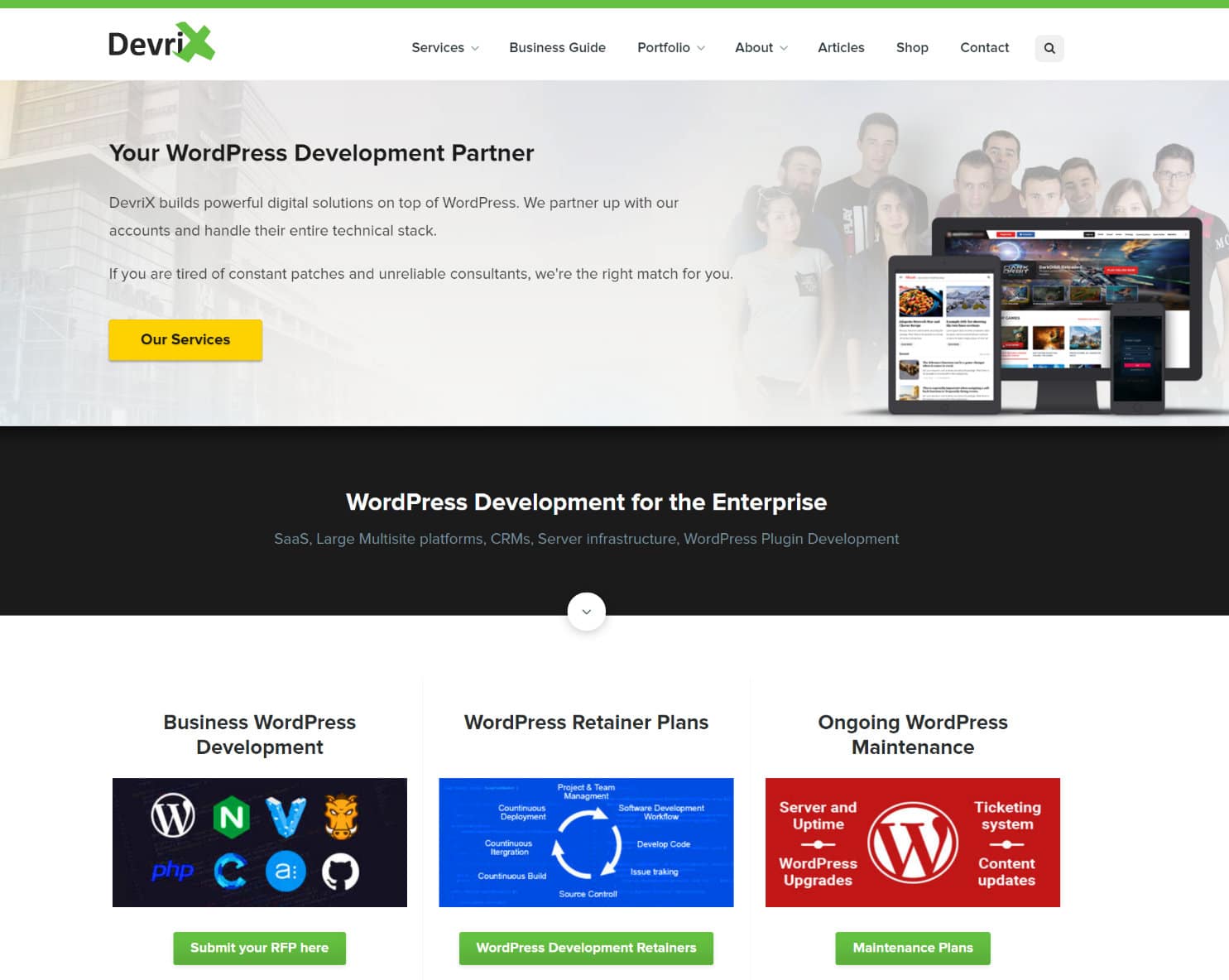 DevriX is now a team of 25 that employs 5 WordPress Core contributors (including me), and we’ve been innovating in the WordPress space thanks to our in-depth expertise of building Software as a Service applications on top of WordPress and continuously developing features for a number of digital platforms generating over 10M sessions a month.

We keep ourselves busy at all times, so there is a collection of internal projects of ours that we grow and experiment on :)

Experience is certainly something that you can never get enough of. Regardless of how many thousands of hours you spend in the digital world, there is always so much more to learn. Every year I look back at what we’ve built, and I still see so much more that I have never had the chance to work on in practice.

Working with successful SMEs and fast-paced startups has helped immensely with solving eccentric problems that require extensive code reviews and debugging, for problems that small businesses don’t face or care about.

Other than that marketing in the WordPress ecosystem is like rocket science to me. There are hundreds of thousands of service providers selling “professional development” for $10-$15/hour, and an infinite pool of customers who believe that everything should be free. My jobs before starting DevriX were in the Java ecosystem, and more often than not fairly standard 20-page websites were priced between $80,000 to $120,000, with a number of quotes for multi-million dollar web projects.

You can imagine what my initial reactions were with quotes for $200-$500 WordPress websites!

Working remotely (overseas) has also led to certain limitations for many years, but I’m glad that remote work has been growing in popularity recently and the perception of “outsourcing” no longer brings solely a negative connotation. There’s a long way until transitioning to a fully-globalized economy, but things are moving in the right direction.

In addition to the “race to the bottom” in terms of pricing, I was also surprised to see that the vast majority of service providers in the WordPress field were not professional software engineers (or people with Bachelor of Computer Science). Working in the enterprise field came with a more conservative set of requirements – engineering diploma, certificates, and a solid track record of full-time programming before you can leave the “junior” title behind.

The so called “LEGO-solutions” were unexplainable to me. While browsing the forums, it was apparent that questions were mainly asked by either business owners who are not supposed to build websites anyway, or service providers who couldn’t act beyond customizing a theme through admin options or by installing plugins.

A few years later I’m happy that I have met (and worked with) hundreds of professional developers and agencies who work on high-scale projects. I realize that the world is not “black and white”. Nevertheless, the perception of hobbyists building blogs and 5-page business websites is all that my previous colleagues see in WordPress (and the way WordPress has been represented as at Java, .NET, Python or even Drupal conferences that I’ve attended).

I have high hopes for the WordPress REST API in terms of bringing non-WordPress projects closer to our ecosystem. Some of the enterprise businesses that we work with deploy hundreds of digital solutions and internal platforms built in a multitude of programming languages and technical stacks.

WordPress is occasionally the “front tier” or a marketing platform that has to connect with a 3rd party eRP or CRM, and sync data with another set of solutions.

We also work on SaaS solutions all the time, and integrations are probably the most important thing that differentiates a successful business from one with a limited potential. So the REST API in Core is a good first step for accepting WordPress as an actual modern player in the application and mobile development world instead of a third-class citizen.

Other than that I see WordPress in an interesting position right now – too complicated, heavy or cumbersome as compared to the hosted website builders, yet not as decoupled as the enterprise frameworks out there. I’d love to see what would be the direction of the platform in 2017 and onward.

Quite a lot of things!

In reality, we probably do manage over 200 websites, which is why we’re working with over a dozen hosting companies. We’ve partnered with some of them and, while I have preferences for some, I fully realize that different business cases require different solutions and there is no single perfect tool for every job.

For instance, I’m a fan of Lamborghini, but that’s not the ideal choice for an off-road trip to Everest…

Usually, uptime is a major concern that we’ve been having with a lot of hosting vendors. Lack of features for development is a blocker for our larger projects that include automated deployment going through a version-control system, monitoring tools available on-premises, and a specific configuration that allows us to swap API keys between staging and production sites.

Running on the latest and greatest technical stack is often a benefit – although occasionally we need to port 3rd party solutions that simply require an older version of PHP or Nginx.

Limiting the managed service only to WordPress is also great in terms of performance (no overhead in mods that are not applicable to WordPress, or additional vectors for hackers), but what if we need to set up a forum, or an adserver at the instance?

Caching layers may work blazingly fast on a single site or a non-SSL layer, but what about multisites?

We’re just undergoing a migration from a popular managed provider to a partner of ours since:

While we’ve been working with the same hosting company successful before, the limitations, in that case, were certainly unacceptable and dragging the business down.

In a nutshell, we do appreciate all hosting companies working on a modern technical stack ready for developers that is fast and up at least 99.99% of the time, together with a well-trained WordPress technical team providing support and ongoing updates. Flexibility is needed whenever a mod should be activated, or a custom rule in nginx or so, for the given instance.

I’m rarely away from the laptop, but I’m fairly addicted to hookah and occasionally work from local hookah bars. We also have these at home and at the office :)

In the evening I play WoW or watch some series with my girlfriend and our labrador retriever (who happens to be oddly intrigued in raiding and dungeons)!

You’ve covered a good list of WordPress influencers to date, and ruled out some of my recommendations!

I would invite Lance Cleveland, Vishal Kothari and Nigel Bahadur on stage. As I’ve mentioned above, as a programming geek I’ve always admired to “old school” engineers who have made a breakthrough in the WordPress industry with its marketing challenges. Additionally, DevriX has never been particularly active with our own products, and I have the utmost respect for successful product business owners who run teams behind the scenes and build outstanding WordPress plugins generating a solid amount of sales on a monthly basis.

While they have innovated quietly behind the scenes, I believe that their expertise in the enterprise world combined with successful WordPress product development experience would be really helpful for other WordPress peers.

16 Best WordPress Security Plugins to Lock out the Bad Guys 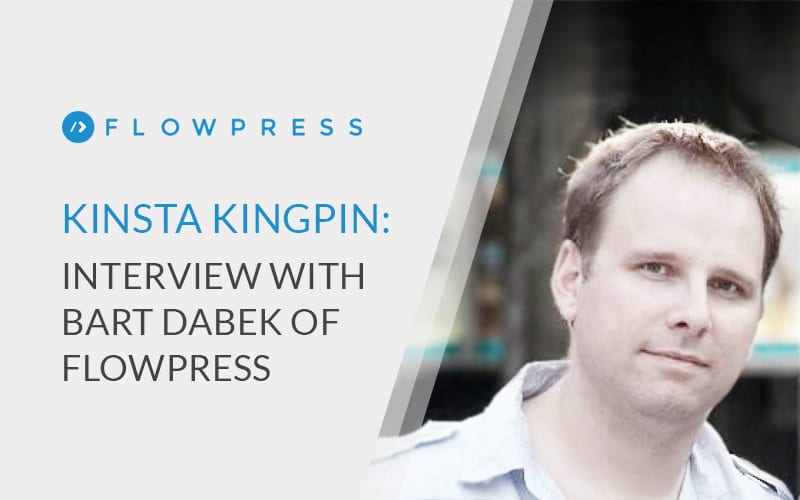