Most companies, especially big ones, have a lot of data. As a business leader, you need to be able to pull it all together and make it accessible to everyone in your organization to maximize its usefulness.

Grafana Labs is an open-source analytics platform and interactive visualization web application. Grafana takes a unique approach to providing a “single-pane-of-glass” by unifying your existing data, wherever it lives. As a result, it helps to facilitate a culture where data can easily be used and accessed by the people that need it.

In this episode of Reverse Engineered, Douglas Hanna, the COO of Grafana Labs, explains why it’s important to use the OKR framework. Douglas and our host Jon Penland also discuss how to deal with adversity, find the right balance, and do a productive job.

Douglas has significant experience managing and scaling high-performance teams at fast-growing companies of all sizes. He has a proven record as a leader who drives growth and high-quality operations within technical businesses operating in highly competitive industries. Douglas is a former founder and two-time CEO and is currently the COO of Grafana Labs.

“From personal mental health, I would love to say that I wake up and meditate and read the New York Times, but I wake up, and within 15 seconds of my eyes opening, I’m looking at my work emails. So I’m not necessarily going to be in a health and wellness magazine for my habits around that. But also, I’m trying to find the right balance. At Grafana, we’re pretty respectful of time off. We do company shut down days. We try to celebrate our achievements.

So trying to balance those things. You need the right level of intensity, and we all — our sales leaders — never want to be out-hustled. And I think that’s a really important sentiment, but we also need to make sure that we don’t burn ourselves out — burn the candle at both ends to a point where we get burnt out. So it is that balance — it’s that exercise is really important for your mental health, or it’s spending time with your family, somebody else, or whatever, or some combination of those things. I love to eat out at nice restaurants. Whatever makes you happy, you need to incorporate that into your life. Because if it’s just 23 hours a day of work, it’s not going to be productive.”

Who Should Use OKRs?

“We have support people at Grafana, but we also have salespeople and other people who kind of do less creative project work, which OKR is really ideal for — it is really built for engineers. And we’ve been pretty prescriptive with those groups around, ‘Hey, here’s what OKRs mean to you. And here are some ideas on how to set your OKRs. Here are some example objectives and key results that you can use. Here are recommendations from management.’

If you’re a salesperson, you should have an OKR for your quota. You should have an OKR for the pipeline. You should have, maybe, a personal development or enablement one, and then so on and so forth. If you can provide more prescriptions around, ‘Hey, this is why it’s relevant to you as an average employee,’ that can be quite helpful. And then obviously, you — as a company and as a leadership team — have to talk about it. You have to reference them. You have to follow through on them, and then hopefully, the organization will get it.

But most commonly, when I see it fall flat, it’s because people are like, ‘I don’t think this is really relevant to my job. My job is that I come in and I do my tickets, or I make my calls or whatever, and then I leave.’ In a lot of cases, that’s true. So I think it’s on the company and your team to implement the OKRs to help make it more relevant to those folks so they get that level buy-in.” 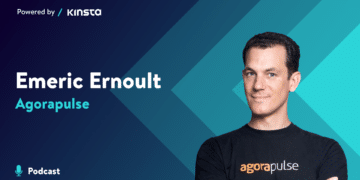 Agorapulse CEO Emeric Ernoult has been through all the challenges an entrepreneur can face and shares his learnings in this episode. 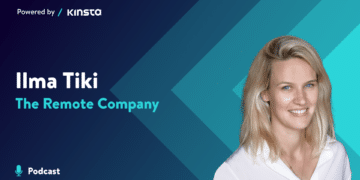 How to Grow a Successful Remote-First Mindset in Your Company

You can't expect to create a fully operational remote culture overnight. Ilma Tiki, CEO of The Remote Company, tells us how to build one. Tune in! 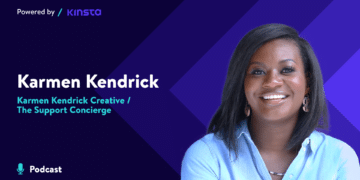