IaaS vs PaaS: What’s the Difference? 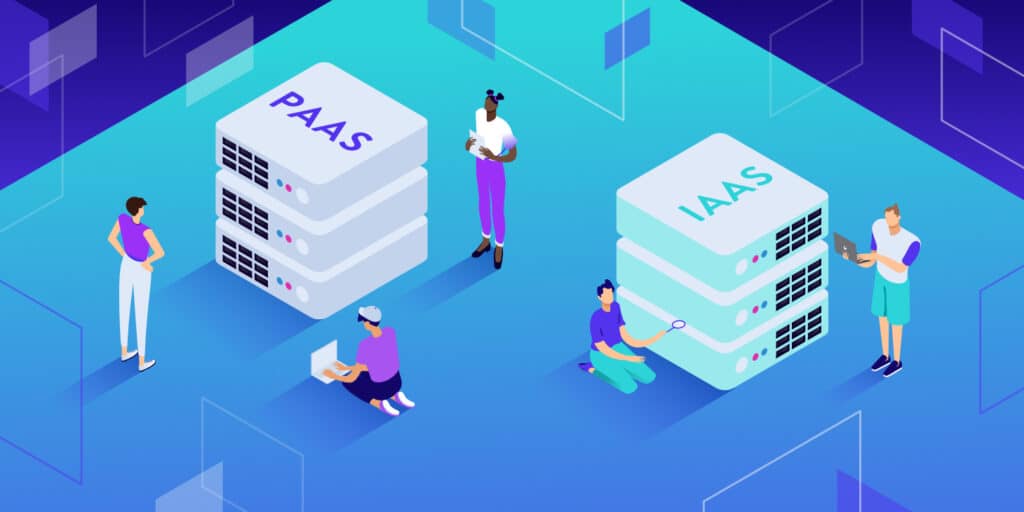 The terms IaaS and PaaS are thrown around almost interchangeably — even though they’re anything but interchangeable. So what’s the difference between them?

While you’ve probably heard of software as a service (SaaS), IaaS and PaaS are less known outside specific tech communities. Short for infrastructure as a service and platform as a service respectively, these tools, along with SaaS, all deliver resources over the cloud. It’s the type of resource delivered, however, that makes all the difference.

But which one should you choose? Read on as we dive deep into each tool and highlight the key differences and best uses of IaaS vs PaaS.

Where most of these resources were traditionally located on-premises, many businesses have since adopted IaaS and similar cloud solutions to reduce costs while improving flexibility.

These benefits come from providers allowing users to “pay as they go.” As a result, companies limit their infrastructure expenses to exactly what they need while also avoiding costly in-house maintenance and upkeep.

Though these benefits are common to other cloud computing services, they’re especially impactful for infrastructure — something which often goes underutilized despite being a major in-house cost center.

But what makes for a good IaaS provider? In the next section, we’ll explore some basic characteristics shared by a solid IaaS, as well as a few examples of an IaaS in action.

IaaS platforms have several characteristics that set them apart from both other cloud services and traditional infrastructure. Generally, the idea is to provide better flexibility and affordability than in-house infrastructure.

While the exact pricing models vary between providers, IaaS is almost always more cost-effective than maintaining your own infrastructure.

If you’ve already been shopping for IaaS platforms, you’ve probably come across one of these popular examples.

What makes Amazon EC2 an IaaS is that it provides “bare-bones” infrastructure in the cloud.

In other words, virtual server space without an operating system, software, and so on. This allows users to use and compare operating systems of their choice, and even launch multiple instances of virtual machines.

Just like Amazon EC2, Google Compute Engine provides server space for launching virtual servers and other infrastructure in the cloud.

Like any other IaaS service, Google Compute Engine allows users to use their own operating systems and software to run virtual machines on Google’s infrastructure. Again, the service is “bare-bones” hardware in the cloud that users can customize to their needs.

IaaS provides unparalleled flexibility and scalability when it comes to setting up infrastructure. However, that doesn’t mean it’s always the right choice — nor are flexibility or scalability always the most important factors in every situation.

Some of the advantages of IaaS include:

It’s important to also consider some of the potential downsides of IaaS:

Where IaaS only provides virtual hardware, platform as a service (PaaS) also provides software and frameworks for building apps in the cloud.

Though it might help to think of PaaS as a more comprehensive version of IaaS, it can equally be considered a different flavor of SaaS — and both assumptions would be correct.

Of course, like any cloud service, PaaS is accessible through the internet. It’s what you’re accessing that makes all the difference. Now let’s dive into the unique characteristics of a PaaS and what separates it from other cloud services.

PaaS platforms share many of the same characteristics and benefits as other cloud services such as IaaS. However, the general idea is to offer the same flexibility and scalability for platforms supporting apps and software.

PaaS platforms have become incredibly popular as software and app development continue to boom. Here are two great examples you may have heard of (or even used).

Built specifically for app development, Heroku is a PaaS that makes it easy for developers to build and deploy apps.

Though initially developed for the Ruby programming language, Heroku now supports almost every major language from Java to Python.

While extremely convenient for prototyping and sharing, Heroku also supports full-scale app deployments. As a PaaS, Heroku provides developers with full-scale environments without the hassle of server maintenance.

As a PaaS service, the App Engine is responsible for setting up server software and importing whatever frameworks or libraries the developer needs.

Like other PaaS services, the goal is to virtualize development environments that would otherwise be time-consuming to set up and manage using on-site hardware.

Like IaaS, PaaS provides remarkable flexibility and scalability. However, like IaaS and other cloud services, virtualization still has its limitations.

Here are some of the top benefits of going with PaaS:

As with IaaS, PaaS has its own set of potential drawbacks:

IaaS and PaaS vs SaaS

Sometimes known as a cloud application service, software as a service (SaaS) provides software over the cloud.

Where IaaS and PaaS both deal with servers in one way or another, SaaS only deals with hosting software and applications. Though the software is ultimately hosted on a cloud server, the server itself is already preconfigured to run it.

This means users don’t have to worry about fussy installations and device compatibility. As long as they have internet access, they can use the software.

However, because they’re managed entirely by a third party, SaaS setups inherently involve data security risks that neither IaaS nor PaaS fall victim to. Additionally, the convenience of SaaS often comes at the cost of control and customization. Depending on your provider, you may have limited customization options and even less control over operating systems, server performance, resource allocation, and other important features.

IaaS vs PaaS: Best Uses for Each

Now that you know the difference between Saas, IaaS, and PaaS, you probably have some idea which is best for your needs.

The bottom line is that one can’t necessarily replace the other. Instead, each service fills a unique role in cloud computing. As a result, the right one for you depends on what exactly you need from a cloud service.

When To Use IaaS

You want cloud infrastructure you can configure yourself. An IaaS platform helps you avoid the expensive overhead and long-term maintenance of on-site servers and other infrastructure by renting space from a third party.

When To Use PaaS

You want to develop and deploy your own apps in the cloud. PaaS makes it quick and easy to set up development environments and deploy apps through the cloud. While you can also use IaaS for this purpose, PaaS comes pre-configured for your language, frameworks, and libraries.

(And if you think these three are confusing enough, now there’s also XaaS to consider!)

They may look similar, but IaaS and Paas are unique in some key ways. 👀 Learn more here ✅Click to Tweet

IaaS and PaaS are both all excellent resources for moving your physical hardware, workflows, and tools to a cloud environment. Of course, one isn’t better than the other. Instead, each offers some unique benefits of cloud computing that the other doesn’t.

While an IaaS might seem like a great choice for web hosting, it may require more work than necessary — especially if you’re working with WordPress. With managed web hosting from Kinsta, you can get all the benefits of the cloud without having to worry about the technical side of IaaS setup and administration.

For more information, check out our managed WordPress hosting plans or schedule a live demo with a Kinsta cloud expert. 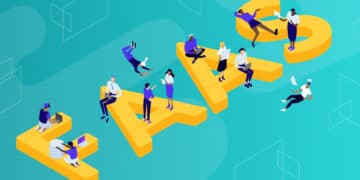 Function as a Service (FaaS): Everything You Need To Know

SaaS, PaaS, IaaS, and Function as a Service (FaaS) are commonly confused. Learn everything you need to know about FaaS in this article. 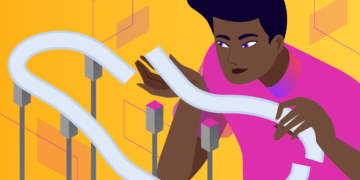 What Is IaaS? How Infrastructure as a Service Is Different from SaaS and PaaS

Learn what is IaaS in depth, with examples. See how it differs from PaaS and SaaS across leading cloud service providers. 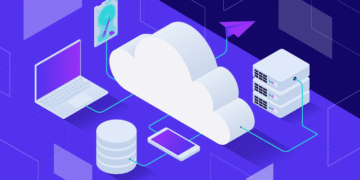 What Is PaaS? How Platform as a Service is Different from IaaS and SaaS