In this episode of Reverse Engineered, Jon Penland welcomes Melissa Kwan. Melissa has been an entrepreneur for over ten years and within that time has co-founded three companies. She’s currently the co-founder and CEO of eWebinar.

This episode centers on how Melissa designed eWebinar to fit the life she wanted to live by discovering her non-negotiables and focusing on her interests.

She also dives into the importance of founders being able to sell, her definition of it, and a recommended resource for those who may struggle with it.

If you want to hear more about Melissa’s entrepreneurial journey, tune in to the latest episode of the Reverse Engineered podcast.

Melissa has been a digital nomad for the past three years, living out of Airbnbs, sublets, and hotels. In the past 10 years, she’s founded three companies in industries such as real estate, manufacturing, hospitality, and technology.

Her current focus is eWebinar, a company helping clients turn any video into an interactive, automated webinar that can be set on a recurring schedule.

What Led Melissa to Become an Entrepreneur

“I think I was always creative, and I always thought about different ways to make money, but not for the sake of making money. It was always like, ‘Could I create something that somebody else will pay for?’. When I was in elementary school, for example, I would make these little origami cranes or turtles and see if I can get 25 cents. As a kid, you don’t think, ‘Oh, I’m trying to make a business.’ You’re just trying to make this thing and see if someone pays for it.

I was always a very bad employee. I always jumped through different jobs, and I really hated authority. I had issues following instructions. I had a bunch of odd jobs before I started my first company. I didn’t think to myself, ‘I’m going to start a company.’ I just thought, ‘I really hate this job, and I want to create something of my own.'”

“I think everybody defines freedom differently. Freedom, to me, is the ability to make your own choices at your own will. So where am I going to wake up in the morning? It’s choosing when and what you want to work on without someone telling you. And I haven’t achieved this yet, but it’s the freedom to travel and enjoy certain experiences without the limitations of maybe your finances. And that’s, actually, why I don’t have children.

I guess my idea of freedom is not to be trapped and not to be bound to someone else’s decision on where and what and who you can be.”

“If you don’t start with the right question of what kind of life do I want to live and find a business that fits that, you do the other thing. You start a business, and then you force a life that fits into your business.”

If I were to do anything again, I would start with the question of what is the life that I want to live and then find a business that fits that. Because whatever that business is, it’s going to be five to ten years.”

The Importance of Freedom in the Workplace

“What was interesting about what I’ve learned is the idea of freedom is more important than the execution of it. So everyone had the opportunity to work remotely, but they never did. But knowing that they could, prevented them from going to another company, like Amazon, Facebook, didn’t give them the same freedom.

So we were able to compete as a tiny startup that wasn’t venture-backed with these massive companies because we gave the people the idea that they had control. And it wasn’t like a tactic. It was absolutely authentic and genuine. But what I learned was people need to know that they have control more than executing it.”

I’m Very Aware Of What I Don’t Know

But I’m pretty good at a lot of the things I hate as well. I hate projections – I do them; I hate doing documenting – I do all that. I hate payroll, hiring, but I do all that. As a business owner, especially if you’re not venture-backed, you do have that choice to structure the business. But when it comes to getting business done, there are times, if the business is going to be a success, you have to engage in the tasks that need to happen, whether you like them or not.”

The Customers of Today Are Different

“Consumers are king nowadays. So you have to give them information when they want it, at the time they want it, but you still have to make sure they know that they’re heard.

That’s how picky we are nowadays. I challenge people to think about their own buying journey. If you are the customer, which you are because you’re the consumer of something else – when you want to buy a product, how do you want to be treated?” 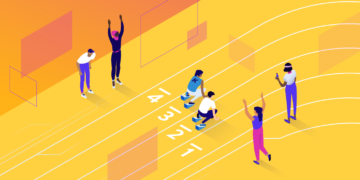 Stripe vs Braintree: Choose the Right Payments Solution for Your Business

Stripe vs Braintree, which one's the best? They're two of the best payments solutions for startups. Let's explore the right fit for you! 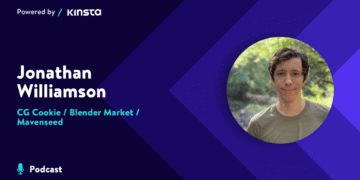 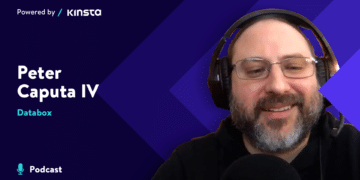