Consumers are no longer attracted to flashy ads. Instead, they want to see the people behind the brand or hear about real-life experiences of collaborating with a brand or using their products. That’s why influencer marketing is so popular these days (and has been for the past decade).

But, as customers’ habits change, they perceive brand ambassadors or macro-influencers as less trustworthy, and they are more likely to trust small or micro-influencers — people from their surroundings — when purchasing.

It’s of the utmost importance for brands of all shapes and sizes and across various industries to focus on the quality and value an influencer could bring to their brand, rather than the number of followers they have.

In this episode of Reverse Engineered, our host Jon Penland welcomes Kristen Wiley, CEO and Founder of Statusphere. Kristen and Jon discuss influencer marketing, how it has changed over the years, the challenges of running a company like Statusphere, and the success of the member-first approach.

Before becoming an entrepreneur, Kristen had a blog and worked for a marketing agency. She is now dedicated to her company, Statusphere, a platform connecting content creators and brands.

What Is Influencer Marketing?

”Influencer marketing is the concept of getting your product or service into the hands of somebody who influences a buying decision. At Statusphere, [we] define an influencer as anyone who can influence a buying decision, which is why we even move more into what we consider consumer-to-consumer.

Almost anyone has some sort of sphere of influence — no matter how many followers you have. Now, the more typical way people view influencer marketing is like the Kim Kardashians of the world with millions upon millions of followers.

[…] I am satisfied when we define it as anybody who has any influencing power whatsoever, and studies show and we’ve found that micro-influencers — people with smaller numbers of followers — have more influence.

So that’s what we focus on, not on the big macros of the world. Influencer marketing spans the whole gamut of what I just talked about, but we focus on that more real person space —  real people with real influence.”

People Have More Trust in Influencers Than Ads

The shift in how people are learning about brands has changed. There are also studies showing that a viewpoint or a touchpoint — one of those seven — of a creator or an influencer you respect posting is almost always more heavily weighted than an ad, which makes total sense. You’re going to trust that more than an ad, so it can help shorten that life cycle and mean more.”

The Challenges of Running a Company Such As Statusphere

Our leadership team consists of myself. We have our chief operations officer and the chief technical officer so we can build out a full state-of-the-art platform, which we have today.

Then, after getting those into place, I would say the next big phase was making sure you have product-market fit and figuring out why a customer is leaving. Is it because they’re the wrong persona, or do we need to fix our product?

Now, we’re in growth mode, […] we’re in the recruiting phase, which is a whole different animal.”

”We split up our departments and our teams. We have our team that’s member-facing and [one that is] brand-facing. We have a customer success team on the brand side, and we have a member success team on the member side. And we make sure that we have people that have KPIs attached to both of those things so that we can grow them both at the same time.

On the sales side for the brand side, we have a team looking for new brands and going after them, and they have those KPIs. And then, on the member side, we constantly foster new applications.

We have a waitlist, and we go through it constantly and approve people from it as we have more opportunities to match them. Luckily, when you have a platform that works with influencers, it’s like you get to work with the social butterflies of the world, and we can almost leverage our platform to get more of them.” 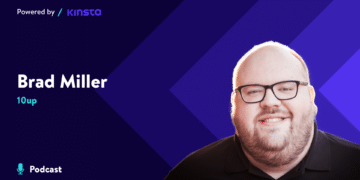 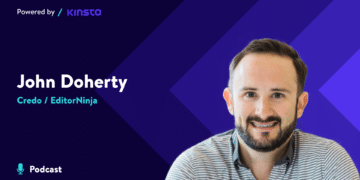 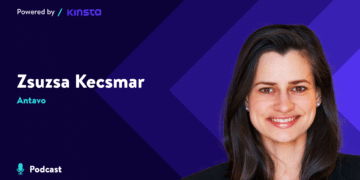